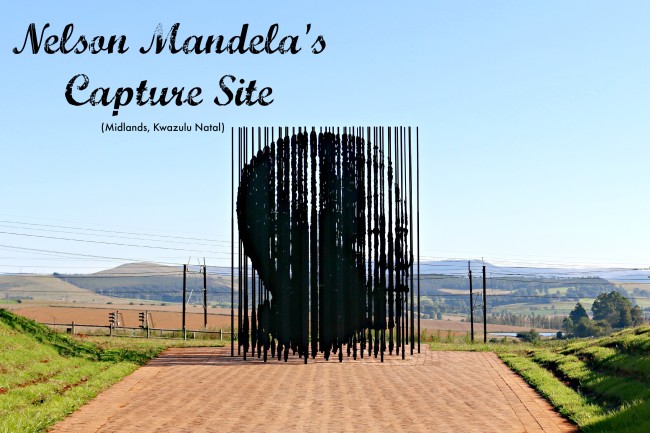 After 5 hours in the car we hit the last stretch before we reached my grandparents house.  It was a long, windy old dirt road surrounded by lush green fields and rolling hills.  I opened the window and breathed in the nostalgic scenery.  If I closed my eyes I could have been 8 years old again. 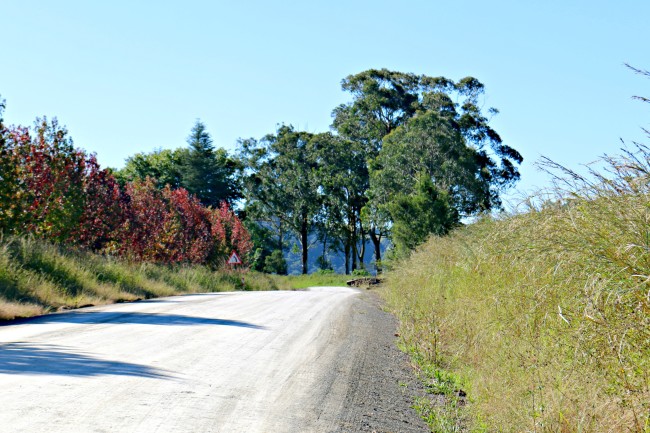 Out of the corner of my eye I caught the sign for Nelson Mandela’s capture site and called out for Mr D to stop.  I had no idea it was there, or that this was where he had been captured before being ordered to spend half of his life in jail.  That was way before my time, but I do remember the day he was released like it was yesterday.

From the roadside it didn’t look like much at all.  Some strange looking black sticks reaching towards the sky and a shack type building in the distance.  We drove up the drive anyway. Just to see. 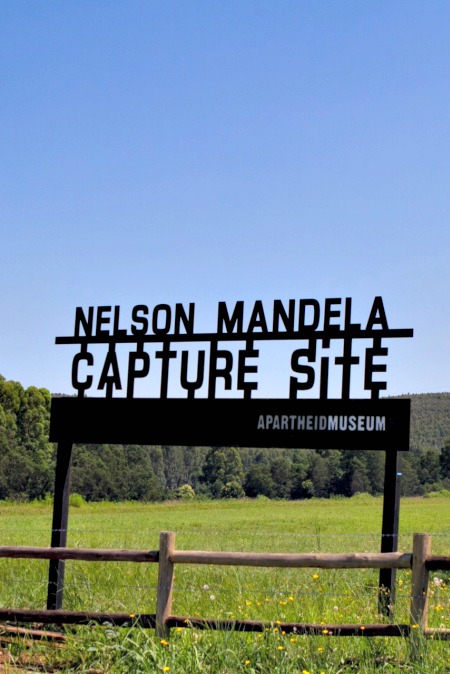 When we reached the top there was a museum.  Well, kind of a museum.  It was more like a make shift, tin-roofed building with some memorabilia in it.  The actual museum was till under construction a short walk away.

The minute we stepped inside the shack I was suddenly overcome with emotion.  The hugeness of the event that happened right where we were standing was quite overwhelming. I looked over at Mr D and I could tell that he felt it too.  Outside the kids were running around like a bunch of wild hooligans (who’d been stuck in a car for the past 5 hours), which gave me an excuse to step out for some fresh air (and to yell at them to behave!). I could feel the tears silently falling down my cheeks, so the distraction was welcomed.  I can’t explain the feeling, it was quite overwhelming and I’m not really sure why.  I think I was sad that such a great man was recognised too late to really save this beautiful country. 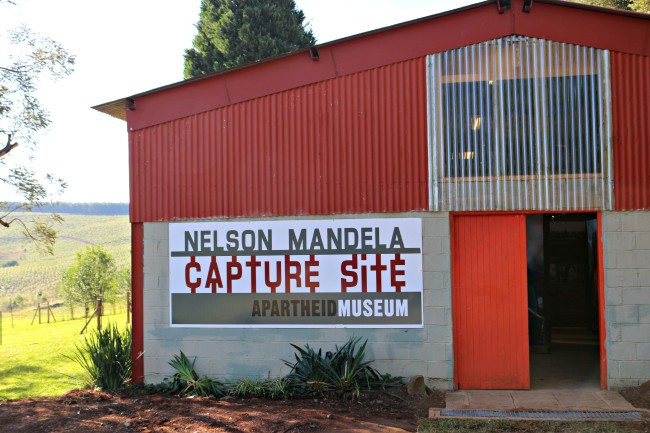 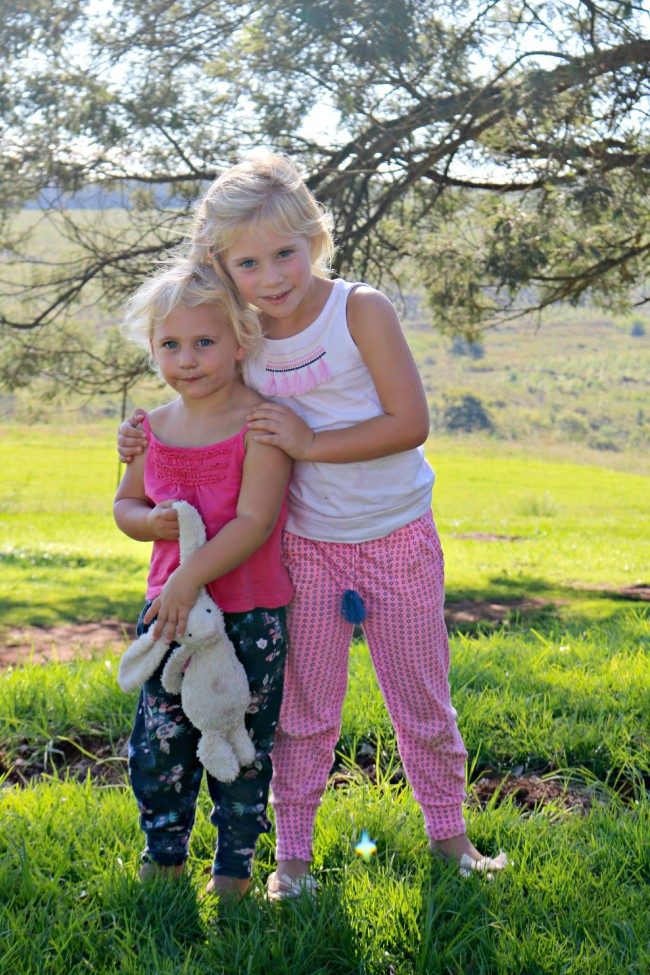 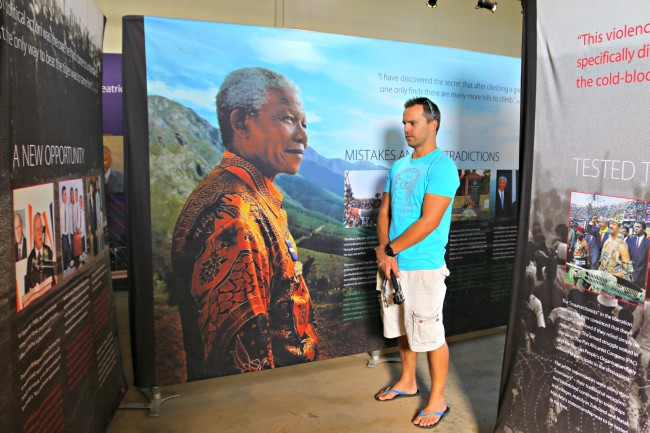 I regained my composure went back inside back inside to see and read all the history about this incredible man’s life.  It really struck me how little ‘evidence’ there was of his life prior to his release from prison. Although Mr D thinks there must be more information somewhere to put in the new museum when it’s build.  I’m not so sure.

Just outside the exit was the ‘long walk to freedom’.  It was a very long brick path…. a good 500m I’d say, and as you get towards the end his face starts to become clear.  Strong and bold just like he was, and perfectly positioned in front of the most beautiful Kwa-Zulu Natal countryside.  You have to be standing in exactly the right spot to see his face clearly.  One step to the left or the right and it all disappears and become just a collection of iron rods. Quite amazing really. 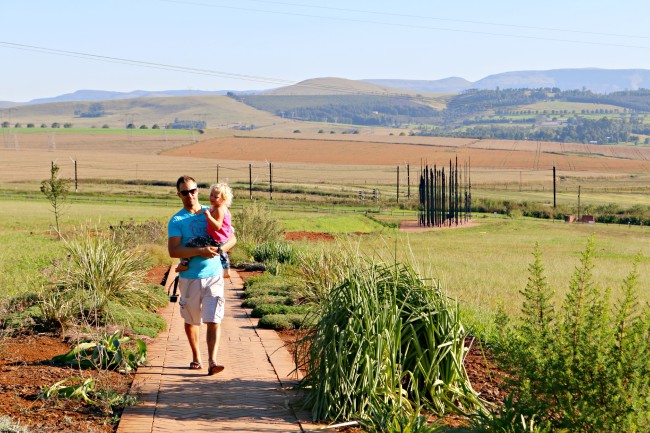 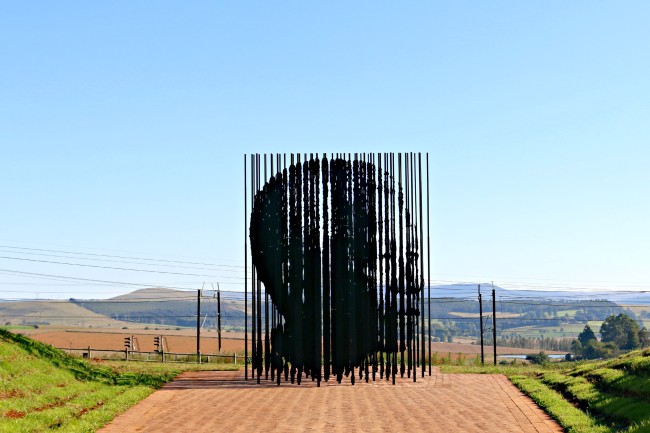 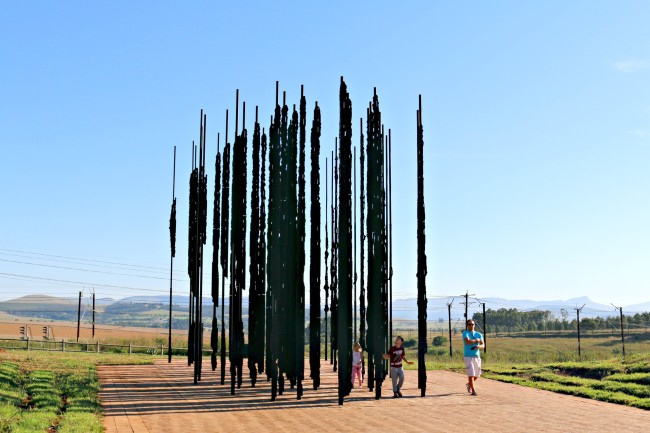 I’m so glad we got to see it.  I’m not sure the kids appreciated the significance of where they were standing, but one day they will I’m sure.

Have you ever been to a place that’s given you a funny feeling or made you completely overcome with emotion?

Are your kids feral after a long stint in the car?