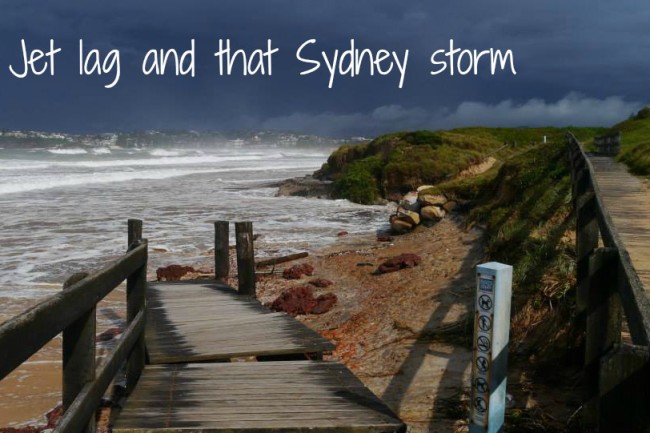 The last few days have been totally surreal.  We landed back in Sydney from South Africa straight into what the local paper called ‘Stormageddon!’  They weren’t kidding either!  High fives to our pilot who managed to get the plane on the ground with a limited number of whoozy stomachs.

As the taxi drove us home, we all just stared out of the widow.  Partly due to exhaustion and party in disbelief.  The rain was lashing down so hard I could barely see anything familiar, and the howling wind was just eery.  Trees were bending over and wheely bins were flying down the road.  Little did we know this was just the beginning of the storm.

After lugging 7 pieces of luggage and three sleeping children up the stairs in pouring rain, we were finally home.  It was only 5pm but the darkness made it feel like midnight and our body clocks were telling us we’d been awake all night.  We collapsed into bed and then of course were all up and wide awake at midnight.  The real midnight!!!

The storm was still thrashing outside and the rain was so heavy it was starting to seep under the kitchen door.  Not because it was flooding outside (luckily) but just due to the sheer force of it.

We made some tea and toast (which was all we had in the house, thanks to my lovely neighbour) and turned the telly on for the kids.  Mr D and I started to unpack.  By 6am, Mr D had to get ready for work (poor thing) and the kids and I dragged ourselves back to bed.  The next thing I knew, it was almost 3pm.  We’d nearly slept the entire day.

I logged into my email and Facebook couldn’t believe how much destruction that storm has left in it’s path.  Power was out, huge trees were strewn everywhere and our local dams and rivers were threatening to burst their banks.  Yet still the rain fell and the wind blew.  I can’t tell you how disorientated I felt.

With not a scrap of food in the house, the kids and I braved the elements and bundled into the car. Luckily I had done an online shop in the early hours of the morning, so all I had to do was drive to the supermarket to collect it.  It was getting dark again and even though I had just had a long sleep, I still felt completely out of it.  I felt like my body was just on auto-pilot.

As we drove, the storms vengeance could be seen everywhere.  I had to change my route three times due to fallen trees across the road, just to get to the supermarket.  The kids were fascinated and were counting the number of ‘swimming pool’ puddles and broken trees we saw.  It was double figures.  It was hard to take in.

That night the storm peaked at about midnight and of course we were all up again, listening, watching. Thunder rumbled angrily as the wind rattled every brick in our house.  It must have been a pretty scary night for some people. 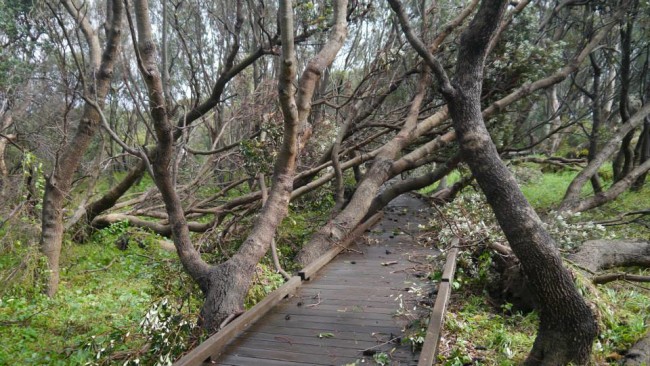 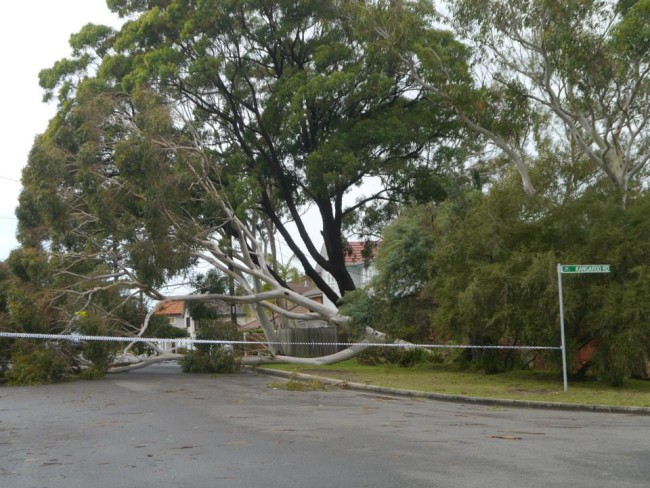 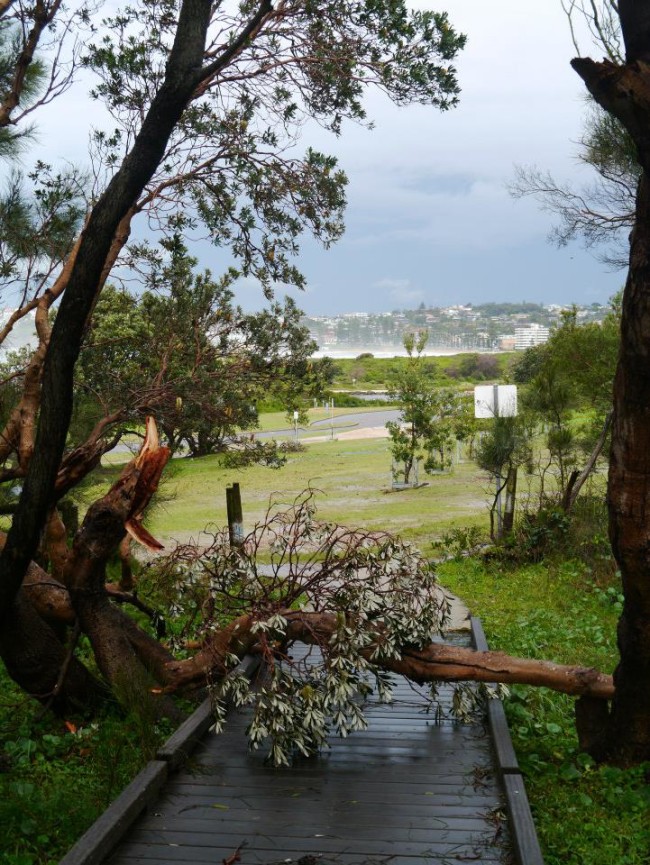 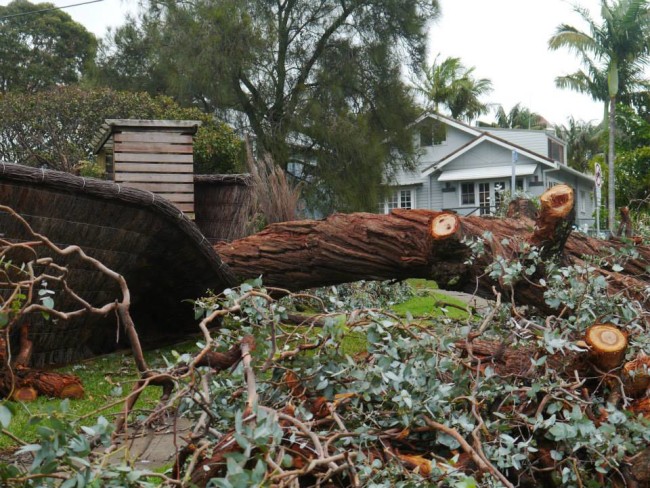 We didn’t make it school again the next day but at least we all woke up before lunch time and not after. The storm had also moved on and the fog in my brain is slowly lifting.  We’ve now done three nights since landing.  Being wide awake when in fact you’re dead tired is the most frustrating feeling.

I’ve been told that body clock’s take 5 nights to normalise, so if that’s the case we should be back to normal for the weekend.

It’s good to be home.

(All these photos were taken by my friend, who managed to pop out and take her dog Roxie for a walk during a small break in the storm.  Thanks for letting me use them Sara).

Have you ever had an experience with jet lag?  How did you cope?

Were you affected by the Sydney Storm?  My thoughts are with everyone who weren’t as lucky as us.