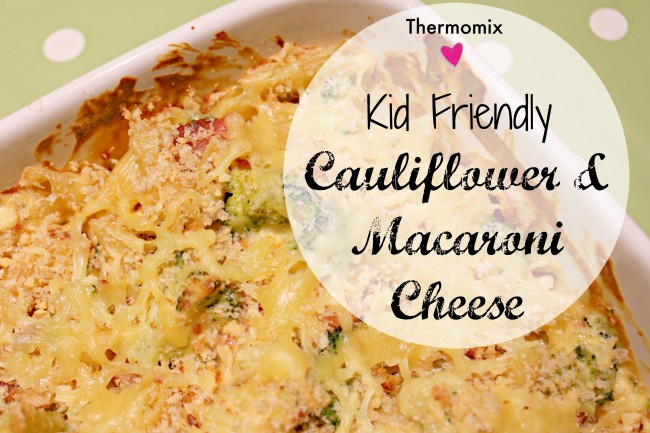 I’m currently going through (what I hope will be) the final stages of dinner time war.  My older two kids have been there, done that, and are now relatively happy to eat whatever I cook at dinner time.  My three year old on the other hand, has totally got other ideas, and every night we all take our stands at the battle table.

I’m sure any parent out there will sympathise with me right now.  You’re either in the thick of it too, or you’re nodding sympathetically while doing a little happy dance to celebrate passing this stage. Hugzilla wrote a post the other day about toddler diets which explains things so perfectly.

At the moment, hot milk, plain pasta and the odd piece of cheese is all that seems to make it on to her plate.  EVERYTHING else (except chocolate, cakes and lollies of course) is YUK!! God it’s SO frustrating.

Anyway the other day I had a massive win. I made this take on a ‘cauliflower cheese’ cross a ‘mac and cheese’ and she actually ate it.  That’s right…….I nearly fell off my chair in disbelief. Of course she still had to have the final win and eat it with her fingers – refusing any kind of cutlery.  BUT SHE STILL ATE IT!!

NaturallyI had to share the recipe with you too.  The second best part about it, is that it’s pretty damn delicious and super easy to whip up.  (It’s not just for the thermomix either). 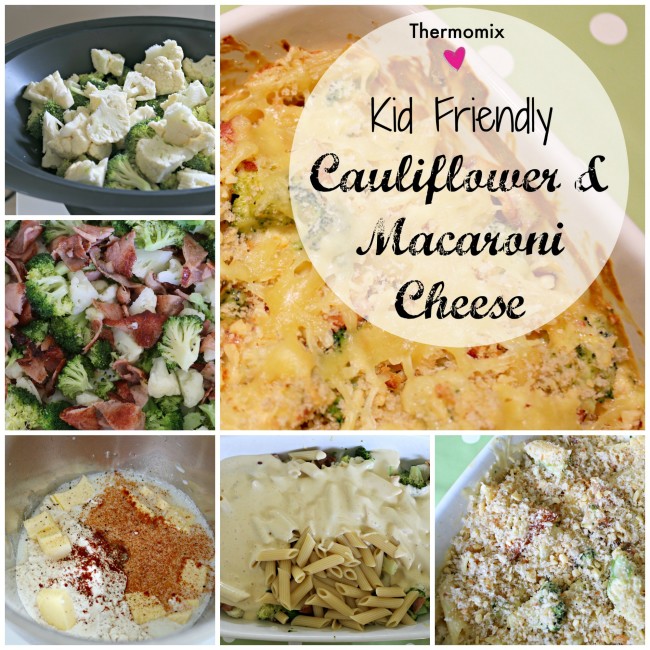 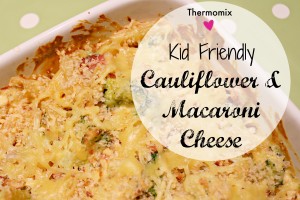 Do you have a recipe that is a guaranteed toddler win??