Personal
This morning we visited the most gorgeous town called “Tea Gardens”.  I think the term ‘town’ is debatable as it was more like a little village in my opinion – blink and you’ll almost miss it.  It’s a quaint little seaside town just on the other side of (a very pretty) bridge from Hawkes Nest.  It’s positioned right on an estuary with a beautiful river on one side.  Lined with one or two expensive looking yachts, but mostly lots rickety old-fashioned and rather cute looking wooden boats.  It was like being transported back in time, away from all of today’s mod-cons, and filled with so much character.  Flying or waddling around everywhere were lots of HUGE pelicans.  Miss H decided to throw some bread out for one and it almost ate her!!  We have lots of pelicans around the Narrabeen lake where we live in Sydney (in fact one flew over our garden wall onto the patio table a few weeks back and gave me the fright of my life).  But somehow these ones just seemed so much more elegant – like they suited their surroundings better.

Only about two to three roads back from the river on the other side of Tea Gardens ‘high-street’ is the most spectacular beach, which over looks Nelsons Bay and Port Stephens.

We’d been told by some people we met on Hawkes Nest main beach yesterday that Tea Garden’s had the the VERY BEST ice-cream shop EVER!  Well, of course if we didn’t head there straight away we would never have heard the end of it from the kids.  Mr D did try and wind them up a little by suggesting we go for a walk first, to work up an appetite, but that suggestion was immediately shot down in flames!  There was really only one street with shops in Tea Garden’s, which mostly consisted of a couple of old fashioned pubs, a hotel and a few coffee shops.  The ice cream shop was easy to spot and it really really didn’t disappoint.  As I’m still strictly (well…. strictly kind of, sort of, still a few glasses of holiday vino slipped in) following my 12 week body transformation diet, I had already pre decided that I was not going to be having any ice-cream and I had packed a green apple instead.  One foot inside “Ice Cream Shack” and I caved!!  I did however go for the only low fat version – watermelon flavour!!!

Not only was the Ice Cream Shack the best ice cream shop ever, but it was also the BEST lollie shop ever.  The kids were in seventh heaven!  It was filled to the brim with all kinds of really old fashioned sweets and treats. 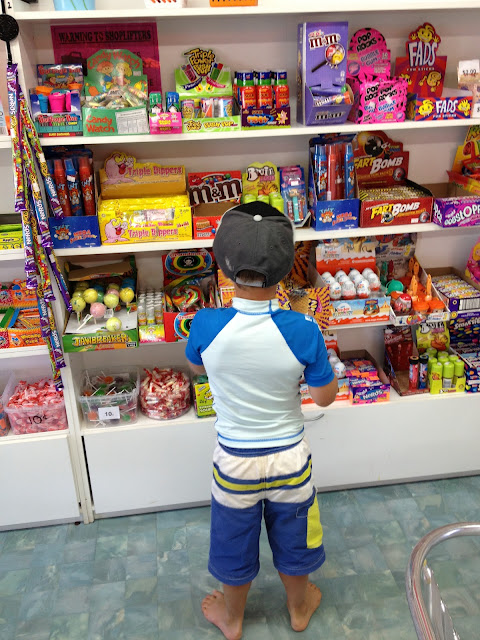 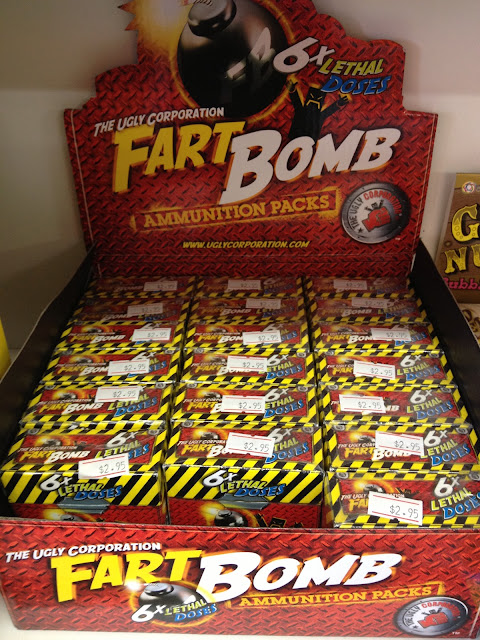 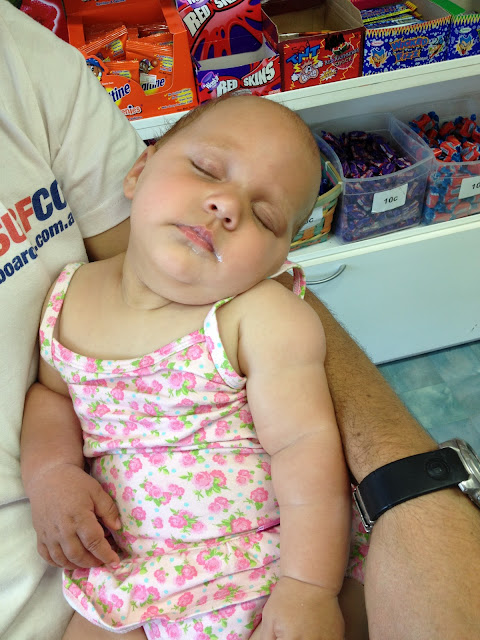 I can highly recommend Tea Gardens as a fabulous place to visit.  In fact it’s made it onto my list of “places I’d one day like to retire”.