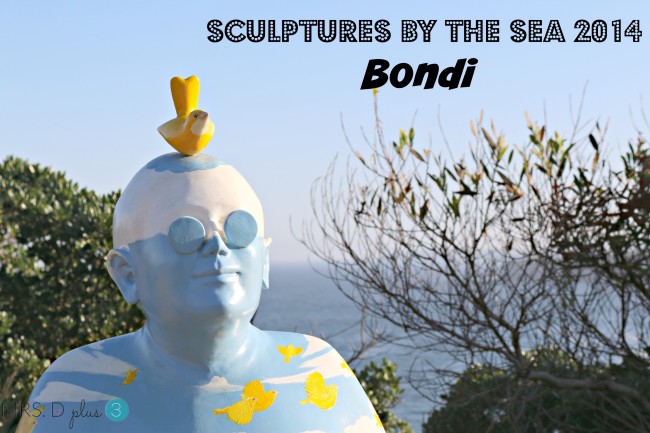 I missed the sculptures by the sea last year, so I swore that I would get there this year.  Mr D wasn’t keen at all because he hates crowds.  “Are you out of your mind?? he looks at me as if I’d just asked him if I could have a kitten (which is actually on my mind but we’ll get to that another time).  “Bondi is busy enough on a normal day and you want go up there on a sunny weekend when there is a sculpture exhibition on??” He says it likes it’s a bad thing!  “We’ll never find a parking space and with three kids running off in different direction………” he mutters on.  Clearly I lost that battle!

I’m never one to lose altogether though and with a teeny bit of persuasion I managed to convince him that early evening in the week would be perfect.  Besides, it’s a bit of culture for the kids to experience and it provides the perfect topic for their weekly news at school. 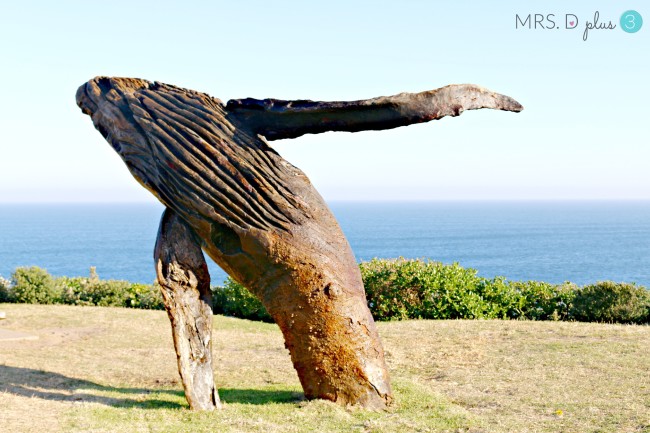 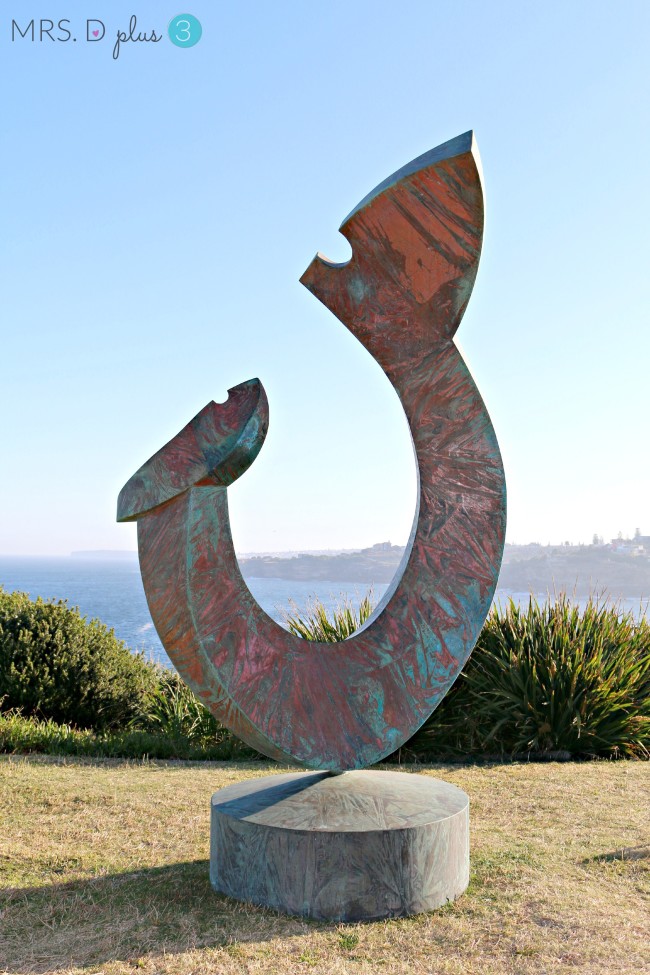 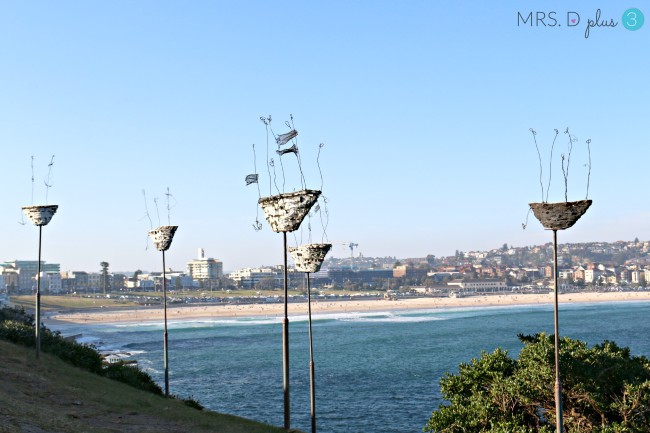 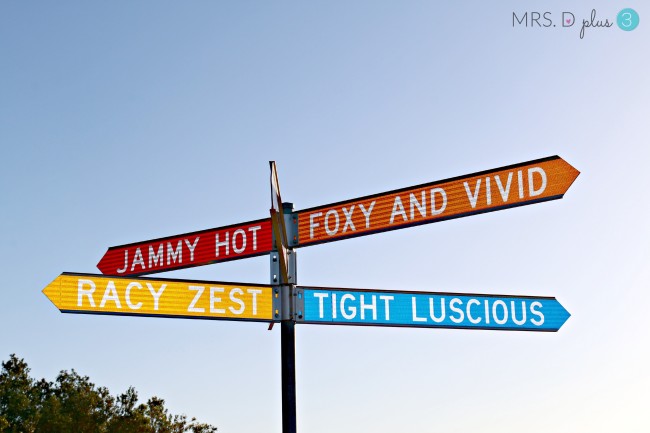 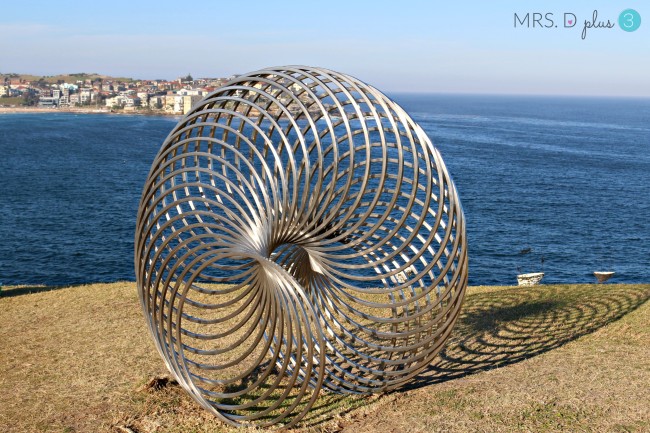 The sculptures were spread along the pathway between Bondi and Turramurra Beach and they really were awesome.  Some people are just so creatively clever.  I was pleased that a lot of the exhibits were hands on and it was nearly impossible to get the kids to ‘look with your eyes and not your hands’. 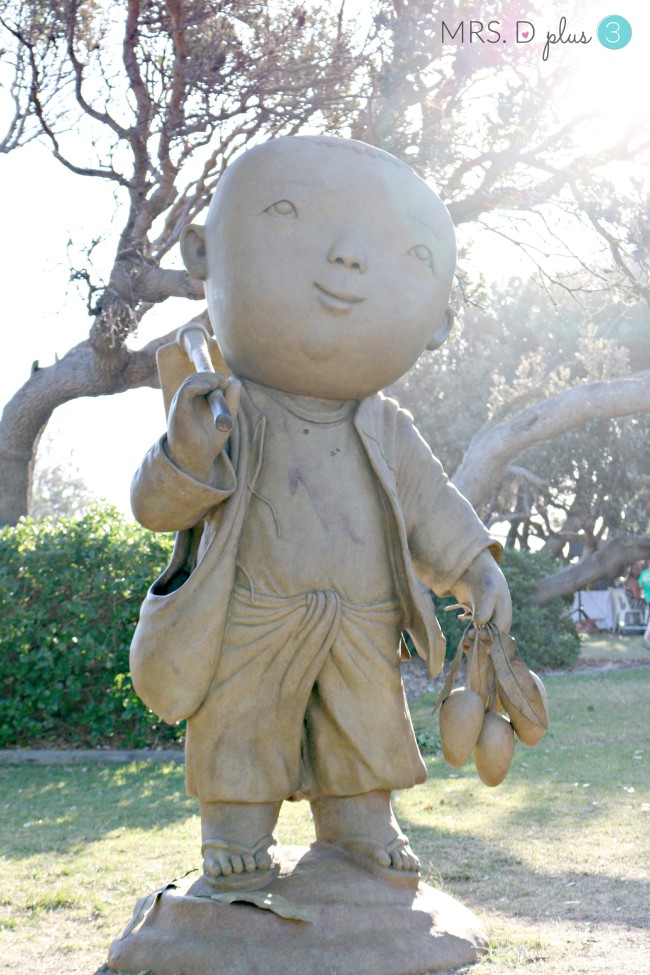 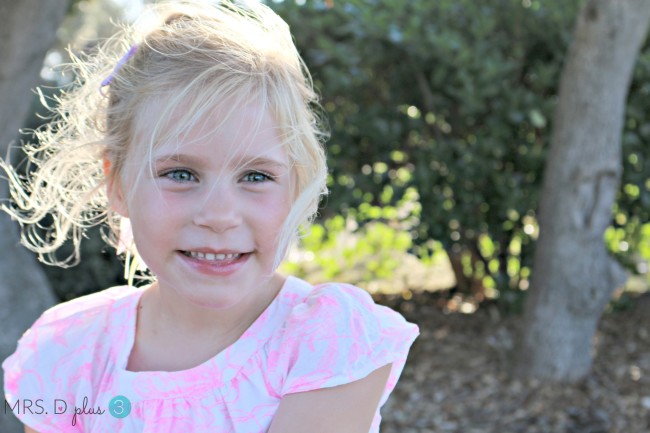 We stopped for some fresh, home made lemonade at the Grounds of Alexandria (one of my favourite coffee shops) little pop up beach shop. 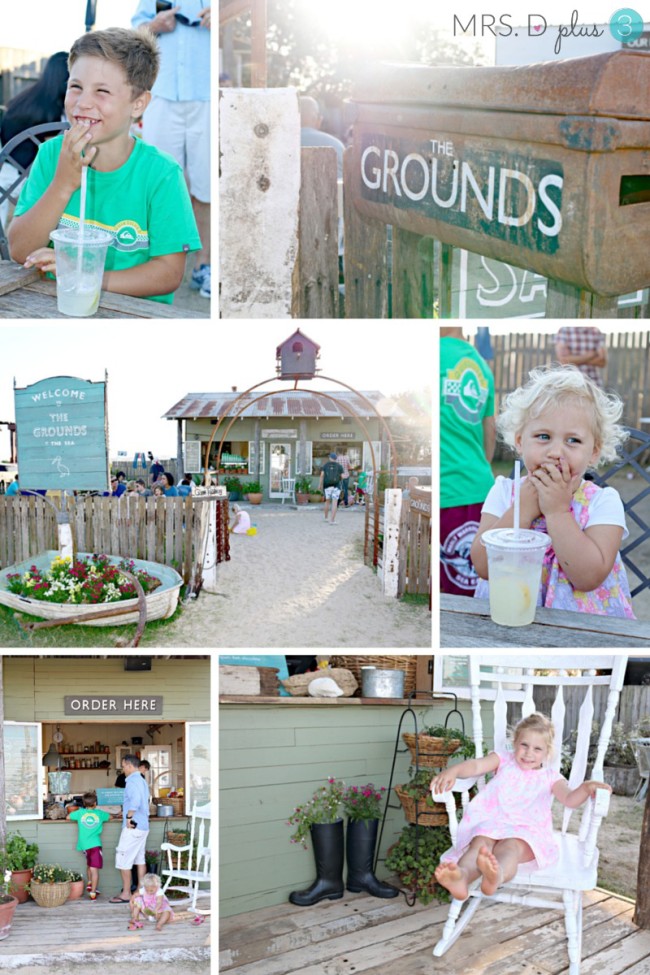 The sculptures will be there for another week so if you get a chance to go and see them I really would. Hopefully you’ll get a parking space if it’s on the weekend.  I managed to take some great footage on my gopro too, so as soon as I get a change to edit it I post that too.

Would you risk the crowds to go and see something you really wanted to see?