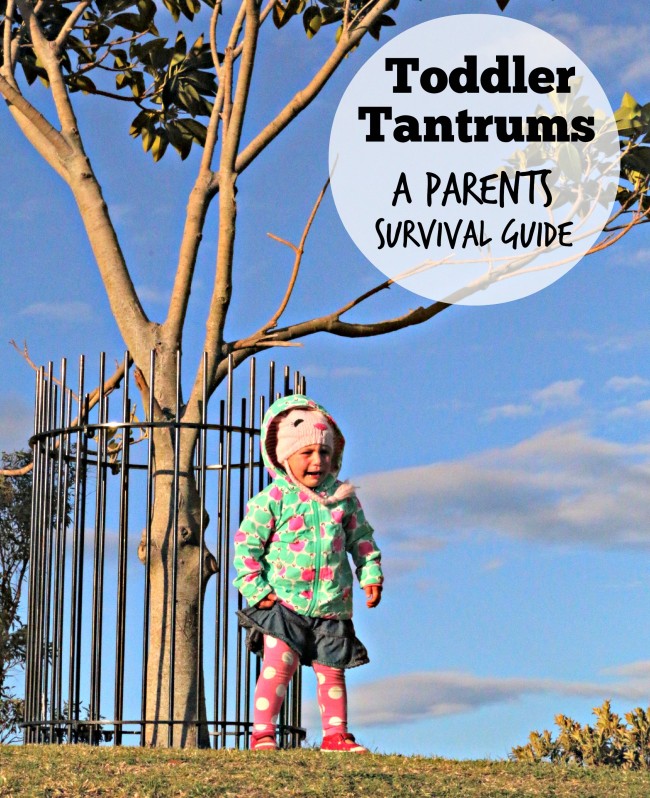 “NO!”, “NOOOOOOOOO!!!”, “Me no like it!!”, “It’s MINE!!” and “I want DADDDYYYYYY!!” are just a few of my tiny terrorist’s favourite phrases at the moment.  In fact she’s almost had the whole house under lockdown a few times in recent weeks.  Sometimes it’s rather amusing and other times (or most times) it’s just plain tiresome!!

The official age range of a toddler (according to Google) is from 18 months to 3 years.  This kind of ‘does away’ with the old saying of ‘terrible twos’, because in my experience the tantrums can appear at any time during this stage of their growth and development (and if you’re unlucky – the whole time). Older children can still chuck a good wobbly too, but these tend to be for entirely different reasons to that of a toddler.

I’m more than knee deep in the toddler stage right now and if there is anyone out there with me, here it is Toddler Tantrums! A parents survival guide.

Toddler tantrums are totally apart of their normal development and there really is not much you can do as a parent to stop them.  My biggest advice would be to try and see the funny side and just know that you are not alone.  We are well and truly in the tantrum zone in our house and my big kids have started taking bets with each other as to when she’ll throw the next one – or how many she’ll throw in one day.  Other than just ‘rolling with the punches’ here are a few more tips I have to share. 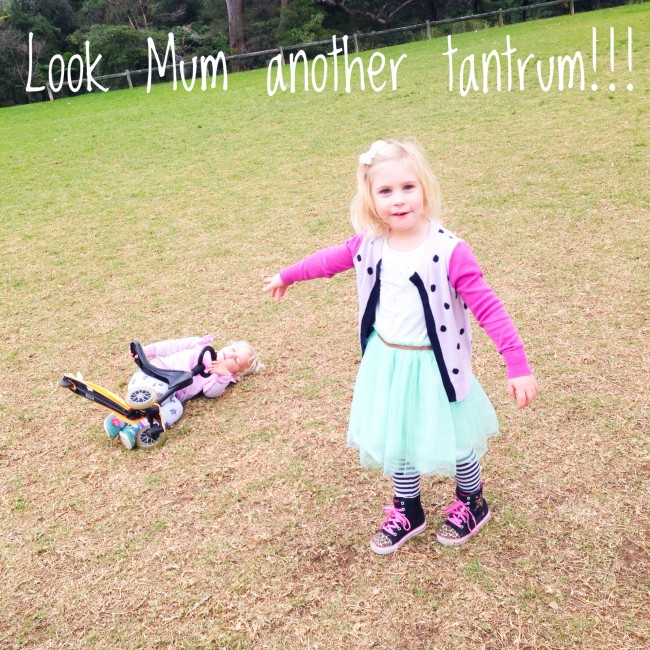 10 things to consider when dealing with toddler tantrums

Toddler’s can also be the cutest, funniest and loveable little people, so while the tantrums are hard work, try not to dwell on them too much.

If you’re in the middle of toddler tantrum central, may the force be with you! And remember it’s JUST A PHASE!