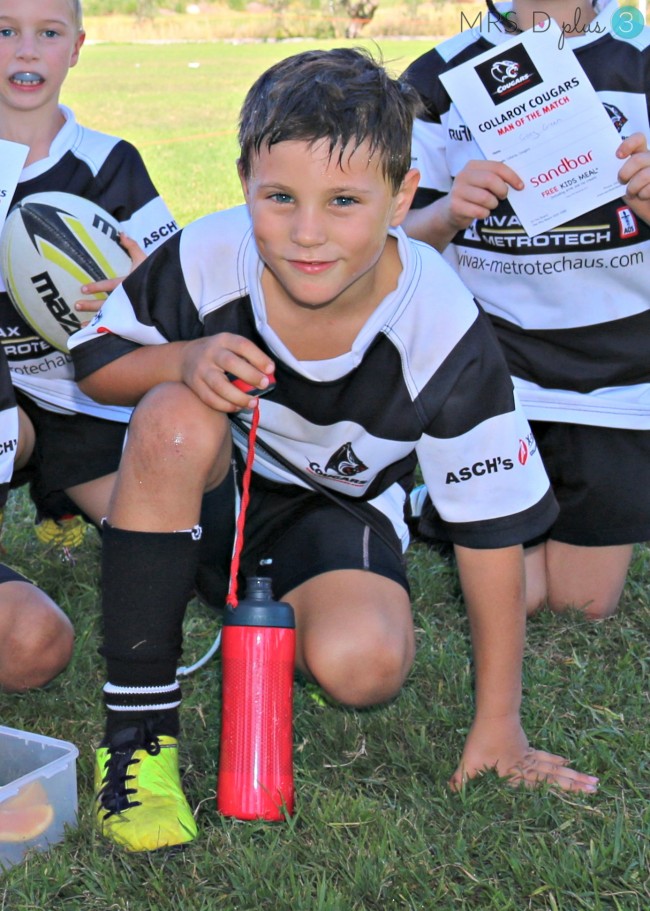 There is just one week to go before the end of the rugby season and I can’t believe I’m opening admitting this, but I think I’m actually going to miss it.

Master J and his team ‘The mighty Reds’ have been unstoppable this season and have not lost a game yet.  With just one game to go ….. the pressure is really on.

I’ve watched them grow from a bunch of wild cats (with coach having a tough time trying to round them up) to a well oiled team.  You could almost see the penny drop as they figured out that woking together means WINNING.  Their enthusiasm stretched way beyond the game itself and the more they could dive tackle, do the worm when they scored and get as filthy as physically possible, the better!

They’ve worked their little socks off (as have their coaches) and I’m very proud of them all.

However behind the excitement is the real fun!!  Mum (and dad’s) job of driving to and from training every Friday night between 6-7pm, and sitting on a freezing cold oval with two very whingy girls. I also can’t begin to count how many mouth guards we’ve lost and how much vanish nappy-san I’ve had to go through to keep those white stripes white.  We’ve traipsed through mud, mopped up blood and stood in the pouring rain to watch them play – often at the crack of dawn on a Saturday morning too.

It’s all been so worth it though, to see them play and LOVE it.  Good luck for the final boys and watch out Northern Beaches, the Cougars U9 Reds will be coming back next season! 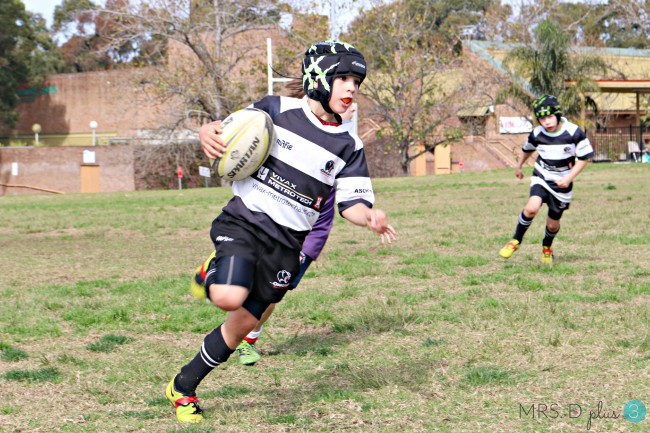 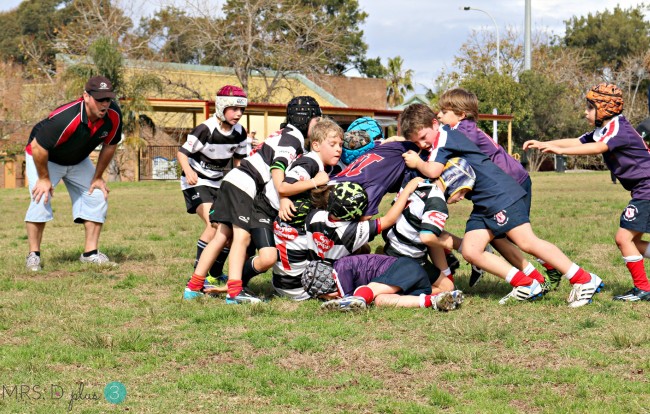 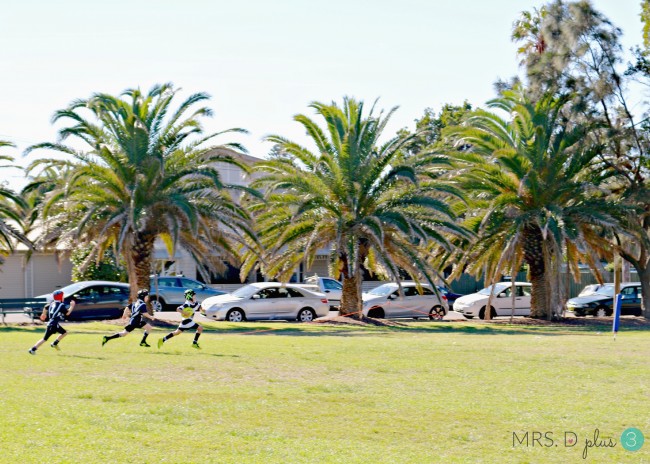 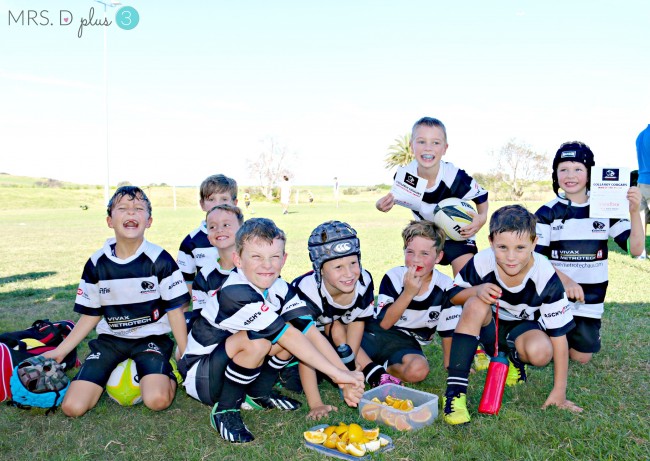 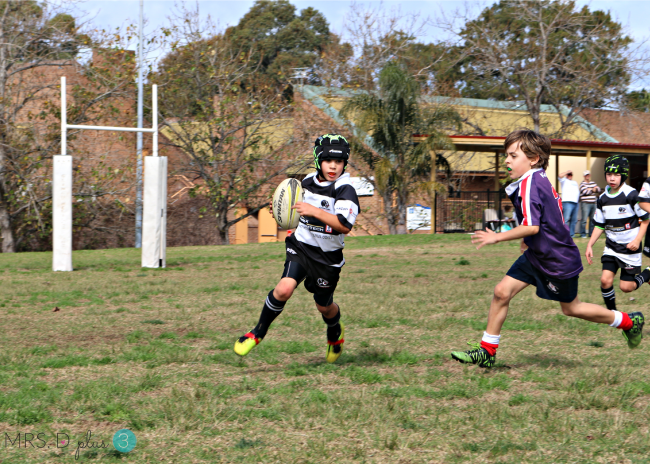 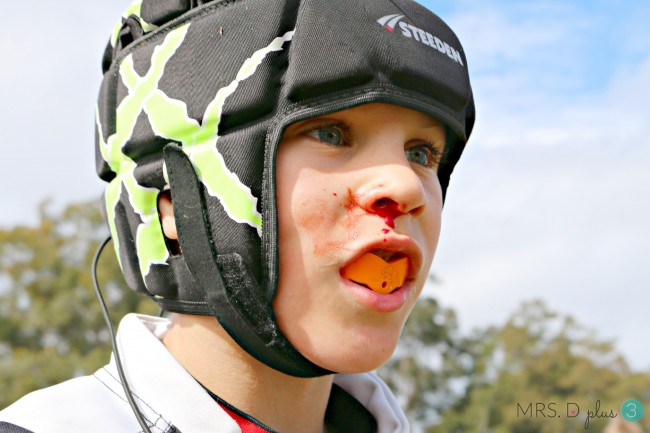 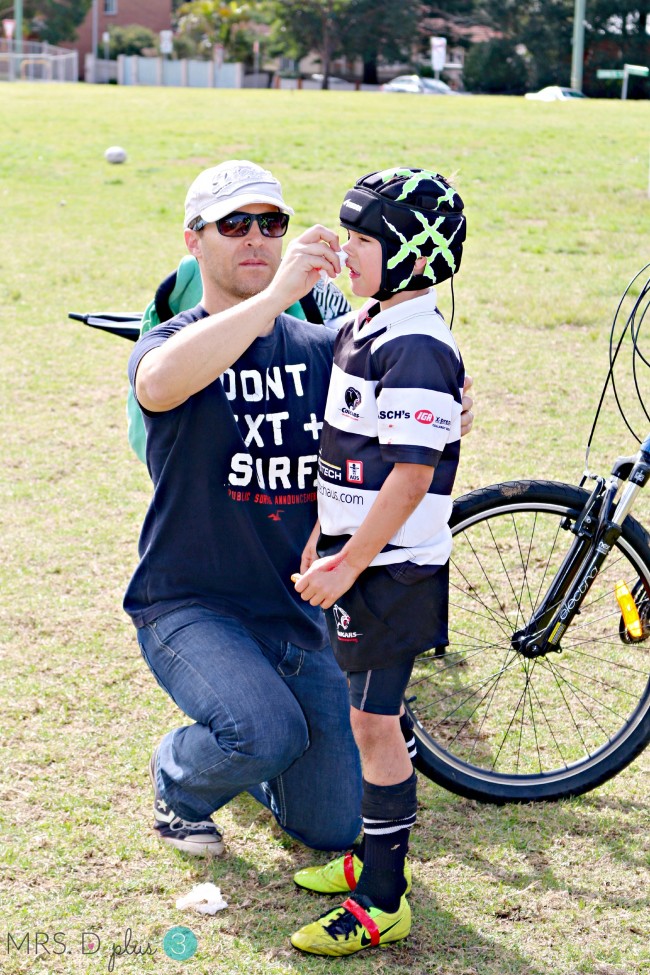 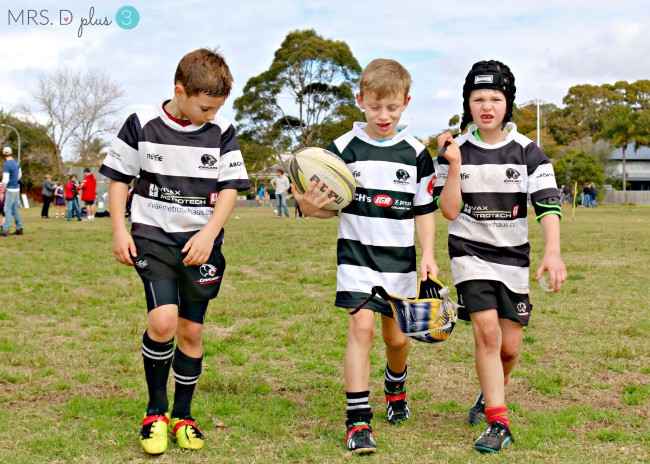 Are you a rugby (or soccer) mum??  I’ve heard the mum’s job get even tougher as they get older – EEEK!!

5 comments on “The Mighty Reds. U8 rugby at it’s best”