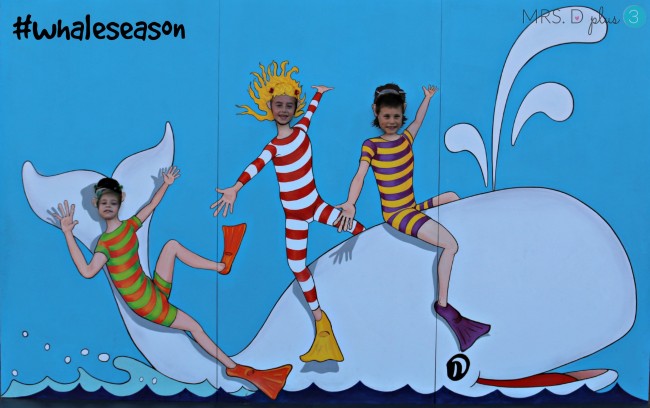 Well whale season has hit Sydney and the only whale I’ve seen so far has been at the National Maritime Museum in Darling Harbour.  Not through lack of trying though.  Every day I stare out to the ocean willing one to start breaching just for me.

Anyway back to the National Maritime Museum…………On Friday after Miss H’s swimming lessons, we dropped off Miss L at Kindy, picked up another kid (one of Master J’s friends) and headed up to Darling Harbour to see the whales (in the museum).  My (almost) trustworthy Sat Nav managed to get us through the city with minimal stress and I parked the car without hugging any yellow poles. 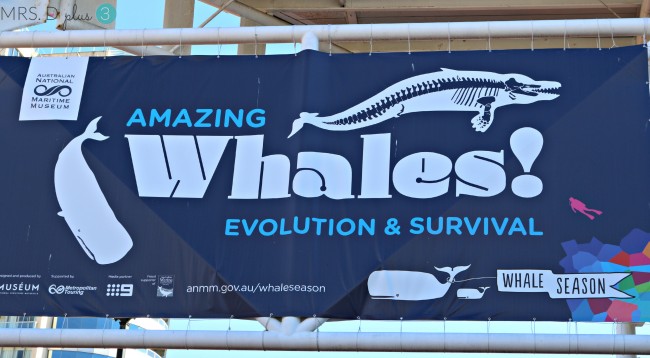 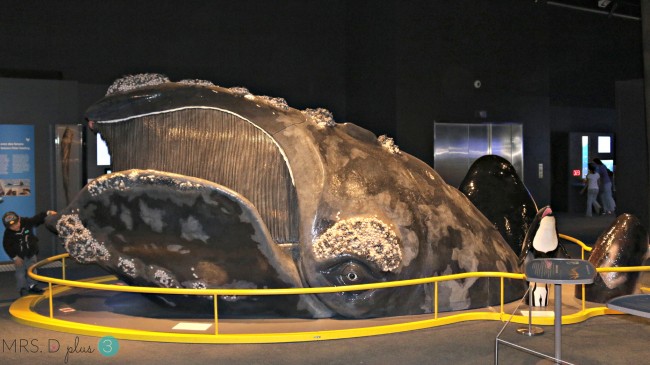 Entry into the National Maritime Museum is $70 for a family ticket or $130 for unlimited yearly access for two adults and three children (which is what I opted for)  This gives you access to the whole museum, all the extra exhibitions, holiday activities and entry to the huge “Vampier’ Warship and submarine moored in the harbour just outside. 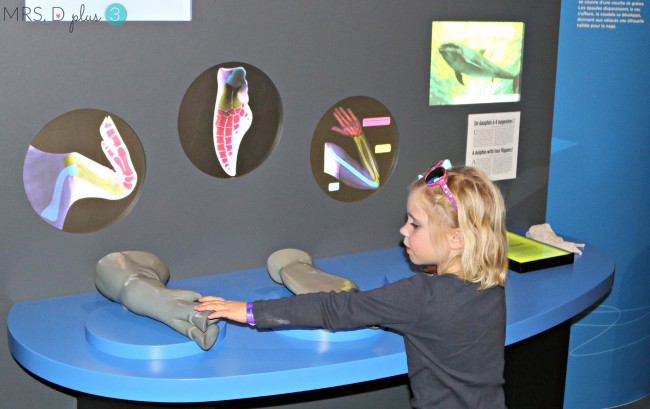 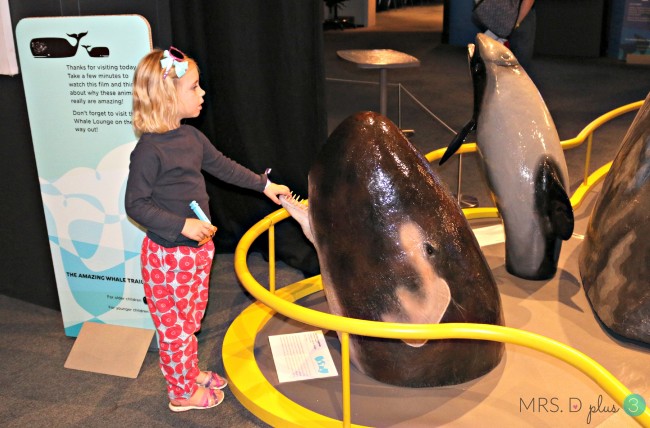 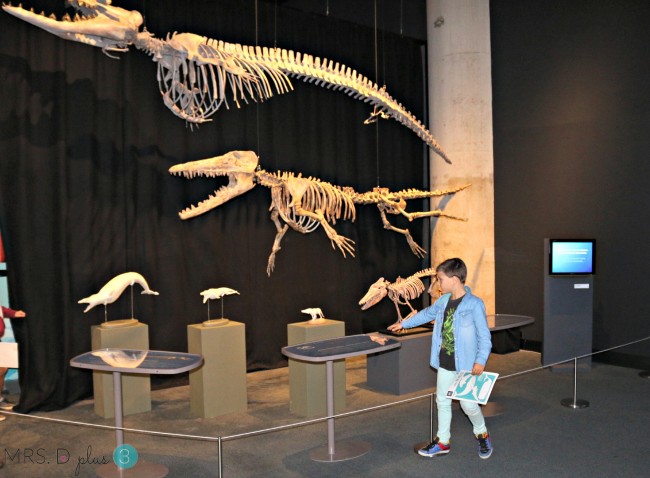 The whale exhibition was fantastic and I’ll even admit to learning a thing or two.  It is superbly set up for kids with lots of interactive questions along the way, where they have to hunt for the answers.  I had to hunt for the answers too because they’d come up to me with the question and I’d say “I’m not sure guys, lets go and find out?” which was promptly met with with “Well come you don’t know mum, you’ve finished school already??”  I’m secretly loving the fact that they still think I know everything, but man was hard trying to keep up the pre-tense (I might have made a few of the answers up).

Fascinating stuff……..especially for the kids.  Miss H was so excited to discover a life size model of a a Narwhal.  If don’t know what a narwhal is (and don’t worry because I didn’t either)…….it’s a whale with a really long horn.  Basically a swimming unicorn, which is exactly what Miss H thought it was. “Boys, look at this underwater unicorn.  I TOLD YOU unicorns are real!!!!!!!” she yelled across the room at them.  Not wanting to believe her, they look at it, then over at me, WILLING me to say it’s wasn’t real………but it’s true, unicorns do exist (even if it’s just in the ocean).

To end off our whale visit we watched a hilarious little family circus show called Jo and the Whale from inside Wallace the Whales belly.   It was run was the very intelligent scientist Miss Jo King (joking……) and her very silly assistant Brian.  In half an hour the kids learnt all about whale conservation (and a few more amusing whale facts) while laughing so hard I though they might fall off their seats.  It’s showing all school holidays so if you get a chance to go and see it, we can highly recommend it. 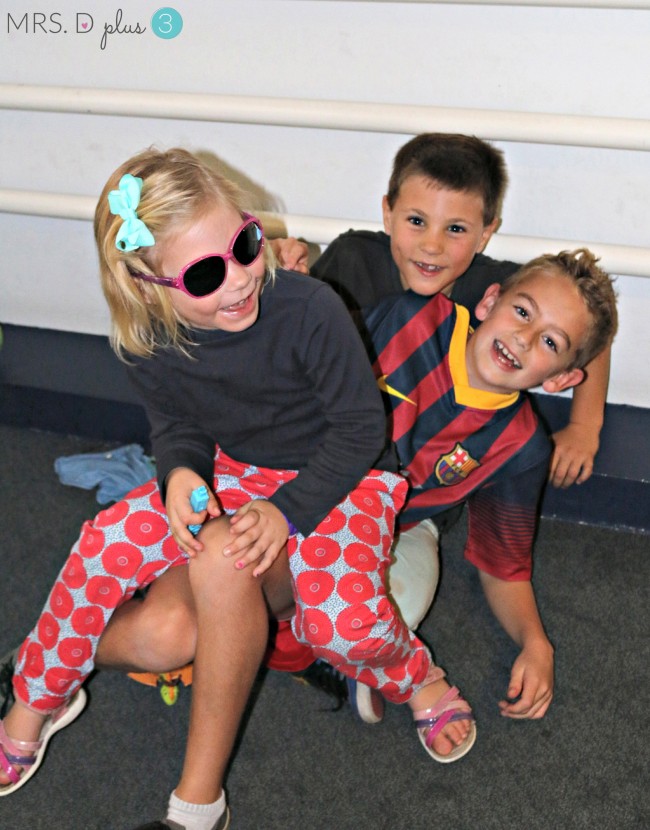 We didn’t get to see anymore of the museum as the kids were desperate to get outside on to the HMAS VAMPIRE war ship, and who was I to argue when they were having so much fun (luckily I bought yearly tickets).  She (I think it’s a she) is massive and an absolutely beautiful ship. 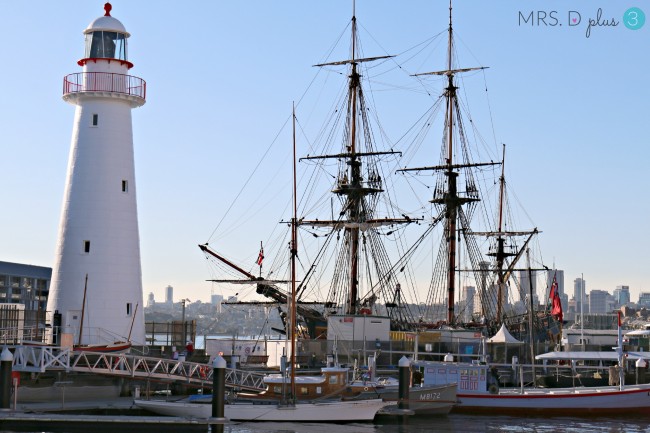 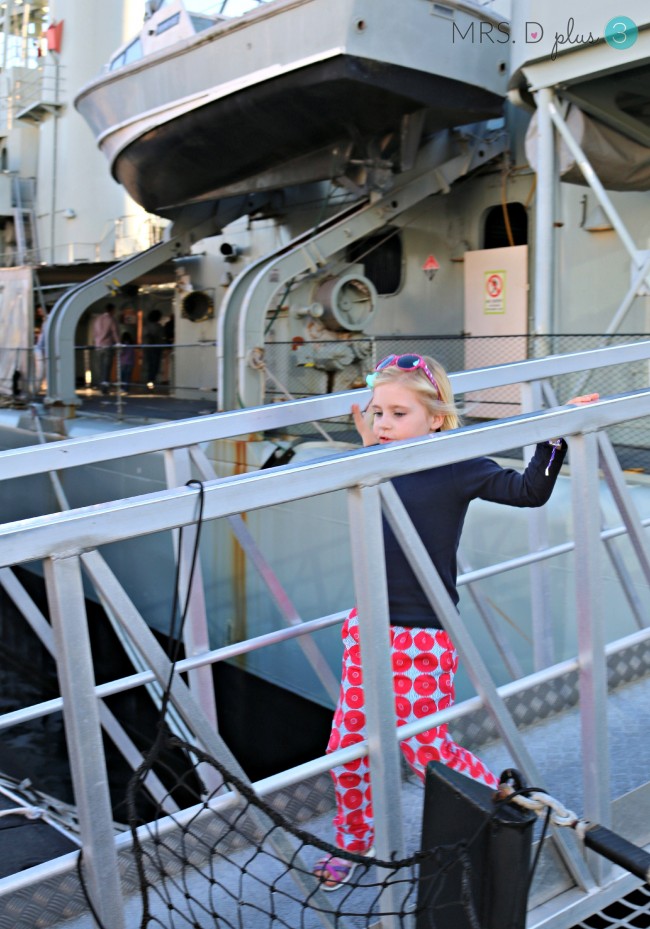 They LOVED going down into the submarine (although they were a bit disappointed that we didn’t ‘go for an underwater ride in it).  I, on the other hand, could not wait to get out.  It is so squishy and claustrophobic down there, I take my hats off to the people who had to live in a submarine for weeks on end!! 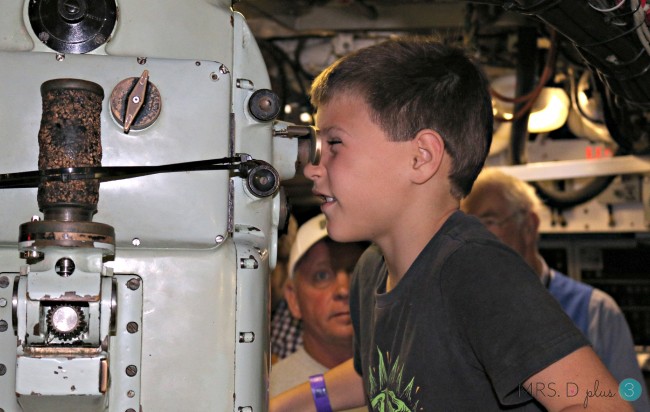 While the kids enjoyed looking around the warship, I soaked up the last few rays of winter sunshine and took in the most beautiful views of the harbour (whilst keeping my eye on them of course).  They spent over an hour playing Captains and pretend war (with poor Miss H as the boys prisoner).  It was such a pleasure to watch. 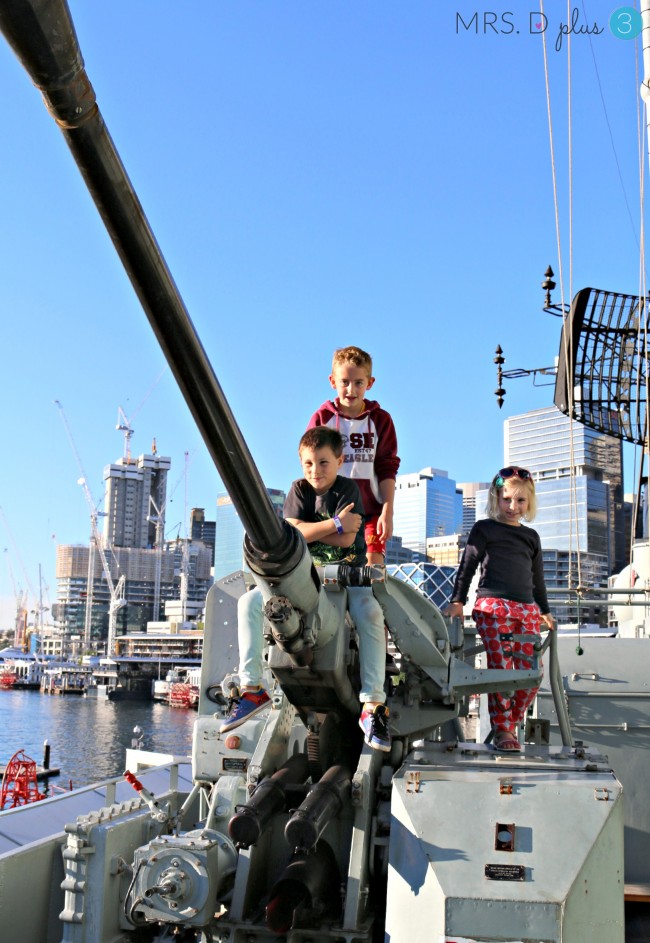 Such a great day out, and with a guarantee to have tired, early to bed children at the end of the day, it’s a winner in my books.

You can find out more about Sydney’s National Maritime Museum holiday program here.

Have you been to any other museums in Sydney?  Which one should we try next?  We still have a whole week of school holidays to get through.