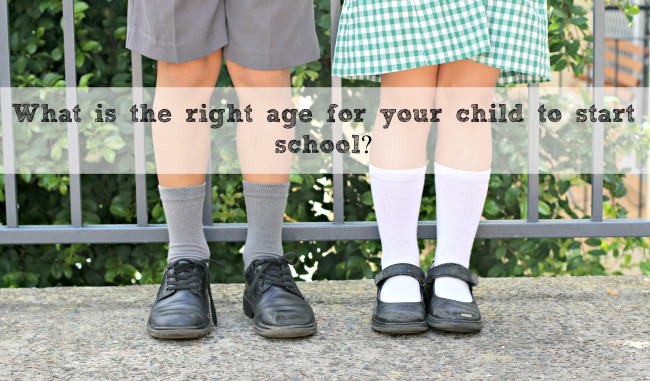 School readiness can be a really controversial topic these days, especially here in NSW where there is no set age for your child to start school.

I have a fabulous guest post from Neva Poole sharing her thoughts on the topic.  Neva is a fellow Northern Beaches mum of four-year-old Eden and one-year-old Archer.  Alongside being a mum, Neva juggles writing articles and social media content for clients on the Northern Beaches. 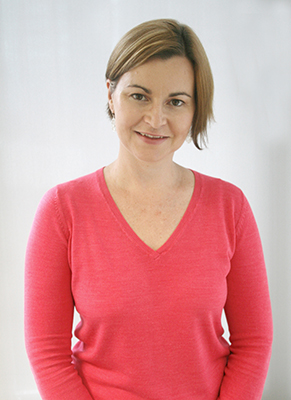 There’s a trend happening among parents in Sydney.

Parents are deliberately holding back their child from starting ‘big school’ in the hope that they can give their child an academic advantage over their peers once they start school a year later.

I have noticed this while wrestling with the decision of whether to send my daughter to ‘big school’.  Being a March 2010 baby, she sits right on the fence of either being sent to school in 2015 or staying put in preschool for another year.

Most of the other mothers in my Mother’s Group are ‘holding back’ their children from starting big school.  The reasons are varied – they believe their child is not emotionally and socially ready for school; some mothers have been open about wanting to give their child a competitive advantage over other children in their peer group; some mothers wish to ensure that their child will be with other friends that are also being ‘held back’. Finally, some mothers simply want to be able to spend more time with their child before they embark on 13 years of schooling.

I did some research on the issue.

Ian Wallace, a Family Psychologist, wrote: “This has only emerged in Australia in the last few years, it’s a practice that began in New York in the early 2000’s and quickly spread from there….studies have shown that there is no significant academic advantage gained by holding children back when they are reassessed several years into school.”

According to Dr Sandra Heriot and Dr Ivan Beale, Authors of Is Your Child Ready for School?, a child’s readiness for school depends on a whole range of factors including a child’s interpersonal skills, how well the family functions, nutrition and early learning experiences.

I thought it best to cover all my bases.  I re-enrolled my daughter in her current preschool for 2015 and then for good measure, enrolled her in the next-door primary school and another primary school just out of area.

While attending orientation days at the two local primary schools, emphasis was placed on personal and social skills versus the academic ability of the child, as these skills could be taught.

I wondered – could I encourage my daughter to share, take turns and play co-operatively with others within a couple of months?  Would she listen to the teachers and do as she was told?  I needed to know how to fast-track the personal and social skills in my daughter if she was going to attend school in 2015.

According to the authors of Playing and Learning to Socialise, “children need to learn to learn to wait their turn, share, resolve conflicts, manage anger, stand up for themselves appropriately and be socially confident.  If they do not learn these basic skills in the early years, it can affect their development.”

I arranged play-dates for my daughter and encouraged her to dress up and play.  I took her to innovative play centres, including Wannabees Family Play Town in Frenchs Forest, where the focus is on developing the child’s emotional and social skills through dress ups and role-play.  The centre is set up like a mini-city where children can experience first-hand being a doctor, fire-fighter, hairdresser or even a banker or TV producer. The majority of staff at the Family Play Town are qualified child-carers and educators, and they guide the children through the different attractions as well as let them discover the city for themselves.

It is thought that role-play engages with your child’s emotions, cognition, language and sensory motor skills.  It also helps your child to discover their own leadership skills, acquire language ability, problem solve, develop empathy, explore their imagination and build social skills.

I took heart from Ian Wallace’s remarks: “Parents might well be better reading frequently to their kids, engaging in creative educational games and encouraging broad social interaction, rather than paying an extra year of expensive preschool fees and delaying big school.”

So, what did I decide to do in the end?

The Preschool Director helped me a great deal in making my decision. It was her guidance in a frank discussion that made me see the light.

“Your daughter is ready for school.  She has displayed great resilience and the ability to make friends.  There have been no episodes of crying, separation anxiety, tantrums or meltdowns.  In essence, she’ll be fine at school.”

We have decided that we should take the plunge and send our daughter to ‘big school’ next year.

Now we have the ‘simple’ decision of which school to choose.

Thanks Neva for sharing your research and thoughts with my readers and good luck with your decision.

Do you have a little one ready for school next year?  Will you be sending them?  I’d love to hear your thoughts.

If you do have a school ready child, here on my top 10 tips on making sure they are ready for their first day.

24 comments on “School Readiness. What is the right age for your child to start school?”