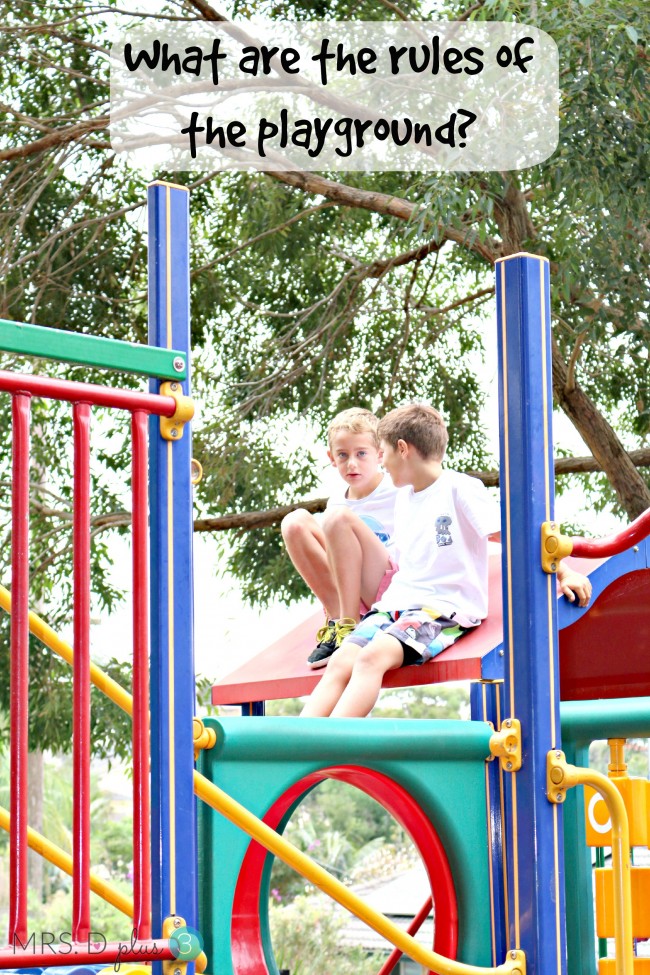 This morning I read about an incident on a Facebook parenting forum about a mum who was extremely upset because her little girl (who looked about age 3) had been hurt by some bigger kids in a local playground.  I have no idea what actually happened as I wasn’t there, but her post sparked a huge repose from other parents.  There seemed to be so much blame and finger pointing about whether or not ‘big kids’ should be allowed in playgrounds during school holidays and whether or not parents of said ‘big kids’ should be paying more attention to their behaviour in parks and playgrounds.

It really got me thinking about what are the rules of the playground these days and whether there should be any at all.  We’re all so quick to jump in with judgment and blame after an incident happens, but we’re probably only seeing a portion of the whole picture. 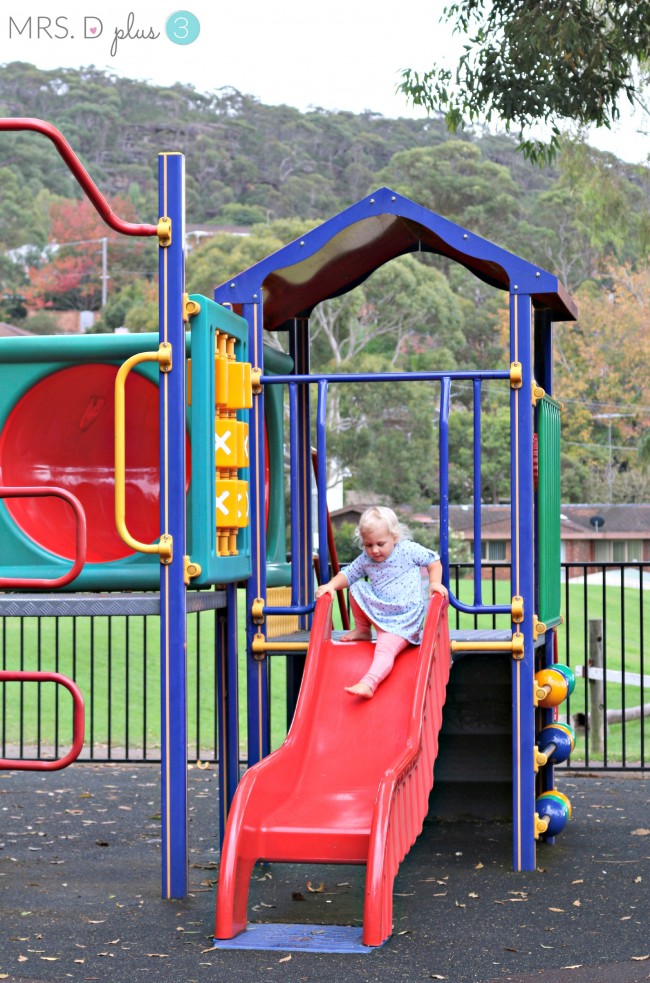 I’m not really sure what the age range is when people are referring to ‘big kids’, but my guess is that they are school age children, of which I have two.  I also have a ‘little kid’, so I am currently covering all bases.  I have spent A LOT of hours in playgrounds over the past 7 years with my three kids that I think I might be qualified to have an opinion.

I am actually not a fan of playgrounds at all, in fact I’d even go as far as saying I’d rather poke my eye with a stick then frequent one any time soon (unless they have an ocean view and good coffee shop, then they’re not so bad).

I do remember, however, getting quite upset when Master J was only little (about 1 or 2) after a bigger boy pulled him off the slide because he was blocking the way.  I’ll even admit to muttering to myself “damn big kids! Why can’t they go and play somewhere else?” as I scooped up my crying toddler.  Its so hard not to jump in and get protective when you see your child hurt or upset, especially if you think someone else has taken advantage of them.  I’m pretty sure all mums can relate to this at some point.

However there are ALWAYS two sides to every story, and very often neither party are to blame.  It was only really when my ‘little’ boy got big and I found myself on the other side of the situation did I realised this. 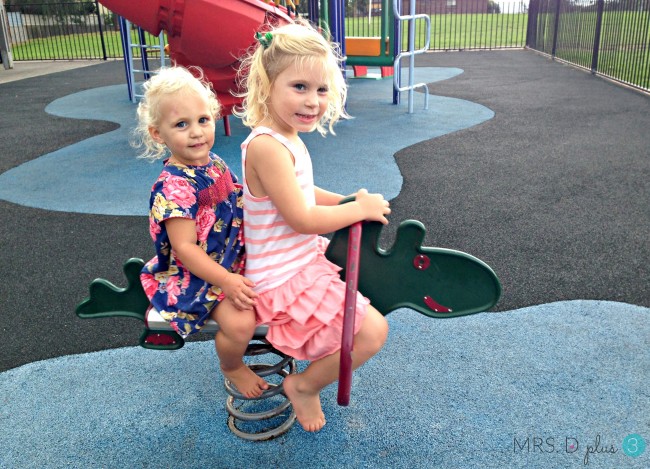 I will always do my best to make sure that my bigger kids are mindful of younger children, but accidents do happen and that’s how they learn right??  If a bigger kid pushes a little kid over trying to get up a slide in a hurry because they are racing their friend and totally oblivious to anything around them, the little kid is unfortunately going to be collateral damage.  Even though the big kids are bigger, they are still kids, and they’ll still make mistakes in the excitement of whatever game they’re playing.  It is often very unlikely that the big kids ever mean to hurt the little kids on purpose.

What I do believe to be important is that big kids learn to recognise when they have hurt someone and to make sure that they have empathy and apologise.  I’ve seen my kids knocked down so many times in playgrounds and I’ve also been yelled at by another mother after my kid knocked her kid over.  These things happen.

Playground are supposed to be happy places for children of all ages to run around, play on the equipment and have fun.  They’re also often a chance for mums to meet up and catch up with other mums. Where would our sanity be if we didn’t?  It’s up to each mum to judge how much supervision their child needs and it’s also up to us all not to judge each other.  The amount of time I watch over my two year old in the park is certainly very different from that of my 7 year old.  I also only have one set of eyes and three children, making it impossible for me to see everything all the time.  Should I be banned for this??

Do you have a playground story?

Have a lovely weekend

10 comments on “Rules of the playground”