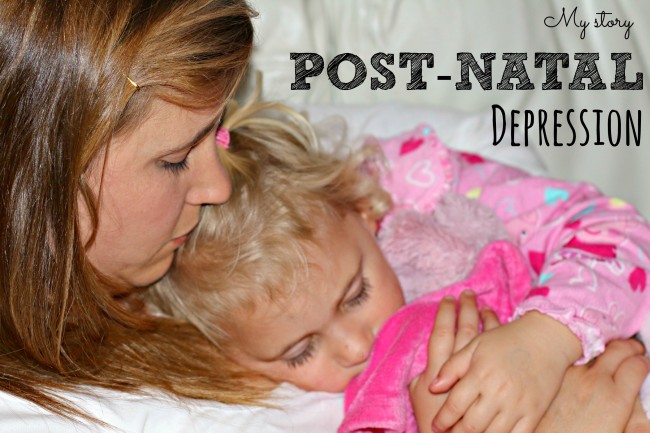 I suffered with Postnatal Depression (PND) after the birth of my first child back in 2006.

I had no previous history of depression and I had a pretty easy and happy pregnancy.  We knew we were having a little boy (Mr D said there was ‘No doubt about that!” after seeing him for the second time during my 20 week scan).  We were both so excited about welcoming this little dude into our family.  I read every book that was available during those 9 months and followed every tiny, daily detail of his development and I just couldn’t wait to meet him.  I thought I had every angle covered and it didn’t for a minute occur to me that I might get PND. I knew almost nothing about it and I even naively judged people for having it.  “How can you not love your baby when you first meet it?”  I thought,  almost appalled!  “What kind of a mother would do that?”….. and of course the classic “It’ll never happen to me!” were among some of the things I thought on the topic.  Well guess what………..IT DID!!

I went into spontaneous labour just shy of 36 weeks, which took us all by surprise.  Once the contractions started to fully take hold of my body I remember going into a complete state of panic.  Nothing like the cool, calm and collected self that I thought I would be during labour.  It continued on for hours, and when he was eventually born I was so exhausted that I literally passed out.  Master J’s arrival was very stressful as he didn’t breath straight away and an army of medics had to come rushing in to assist.  I don’t remember any of this though, only the bits that Mr D has told me.

I first met my little boy about a couple of hours after he was born when Mr D woke me up to give him his first feed.  I remember being very groggy and still not quite ‘with it’, and neither of us had a single clue what to do.  I was trying to give him my boob, but he couldn’t latch.  I couldn’t seem to help him either and we both ended up in tears.  So back to Mr D he went, where he instantly settled (apart from being hungry).  And so it began the cycle began……… (I so wish I knew then what I know now).

I have to be totally honest and say that there are large parts of Master J’s first 6 months that I barely remember.  What I do know is that we didn’t get off to the best of starts and things slowly and steadily spiralled out of control.  The only thing that I felt I was any good at was keeping up appearances with the outside world.

It didn’t occur to me for weeks or even months that I might have had PND.  All I thought was that I was the most useless mother in the world and I was too ashamed to admit it.  What would people think of me??  “How could she not love her baby??”  I used to read blog forums over and over again where all these mothers described their overwhelming love for their babies the second they were born.  A connection or bond that they shared instantaneously, which was so amazing wonderful it was hard to put into words.  Why didn’t I feel that??  I tried to, god I really tried, but those feelings just there! I didn’t even seem to be able to produce enough milk to feed him never mind anything else.  Did that make me a monster??  I certainly felt like it did.  I asked Mr D if he felt an instant bond with Master J when he first saw him, and he said, “Yes!!” without a moments hesitation.  I could see it in his eyes every time he held him and it tore at my heart.  He had it and I didn’t, and I was the one that grew him for 9 months.  What was wrong with me? 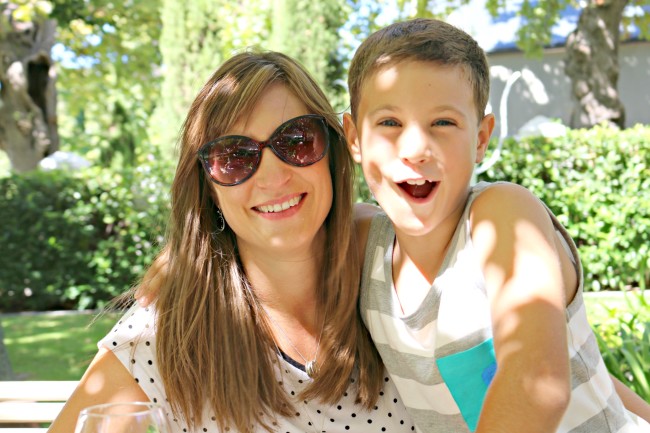 I couldn’t admit to myself that I had these feelings, so I stared to blame the baby.  I convinced myself that he didn’t love me.  That must have been why he screamed whenever I went near him.  He just didn’t like me.  He loved Mr D, that was obvious, as his little face lit up every time he entered the room and that screaming, that uncontrollable screaming, would just stop the second Mr D picked him up. Just like that.  It stared to become a vicious cycle, the more I backed away, the more Mr D embraced fatherhood and the more useless, hopeless and angry I felt.  These feeling were building up like a thick black cloud inside my mind, pushing out any available normal thought process, so that eventually it felt like my sanity was slowly slipping away.  Yet still, I put a smile on my face and embraced the outside world just like any other new mother would (or so I thought).

During some of my darkest days I would feel like I was at the bottom of the a well which was just too deep to climb out of.  I was so convinced that Master J didn’t love me that I used to plan how I would leave him and just disappear one day to a completely new place and start life again under a new name.  I knew he would be ok because Mr D loved him and they had each other.  I had it planned down to the final dotted ‘i’ and crossed ‘t’.  I would leave, and not tell a living soul where I’d gone.  I was SO convinced that this was my only solution that I was even prepared to leave my mum, dad, brother, sister and friends behind too.  NO ONE could find me and that was the ONLY way that that I was ever going to make my way back to the surface.  I had so completely lost myself that I truly believed this plan made perfect sense.

I think one of the biggest casualty in all of this was Mr D and you can read my story ‘Don’t forget Dad’ here.

I don’t remember what made me eventually google ‘Post Natal Depression’ but I remember so vividly reading the first page that came up and being genuinely stunned that what I was feeling actually had a name!  That it was real!  That other people suffered too! That there was a distinct possibly that I wasn’t crazy!  Like I said, I really don’t know what made me open my eyes (and ears) to sense, but it couldn’t have come soon enough.  I think I was seriously dancing on the edge of a complete breakdown.

It wasn’t over yet though, but at least there was a glimmer of hope!  I stumbled across a website (I wish I could remember what it was) but there was a lady who had a similar story to me and was offering help to take the next step.  I emailed her that night and laid bare my most rawest emotions.  It felt easier to talk to someone who I couldn’t physically see, and who didn’t know me previously.  She responded within minutes and literally saved my life.  I know that may sound dramatic, but I honestly don’t think I could have hit a lower point.  She emailed me a letter which explained briefly how I was feeling and that I had PND, and she encouraged me to print it and take it with me to my GP.  That way I could just hand over the letter without having to talk.

I made and appointment and clutched that piece of paper so tightly between my sweaty hands. My heart was racing and my legs felt like they might give way beneath me.  I walked into his office and the minute he said “How can I help you?” I broke …. and just sobbed like a baby. Completely unable to even utter a word I handed him my letter.  He read it, looked at me and said “I’m going to help you and you will get better.”  He was right, my world wasn’t ending.

It took several adjustments to my medication and several weeks before I started to feel like me again.  With each day though I got better and better and I could feel my mind, and my sanity slowly returning.  I also started to realise that Mr D or my baby weren’t the enemy. My confidence grew and grew and so did my love for my little boy.  I may not have been aware of it at the start of our journey as mother and son, but I now believe that it was always there.  It just took me a little while to find it. 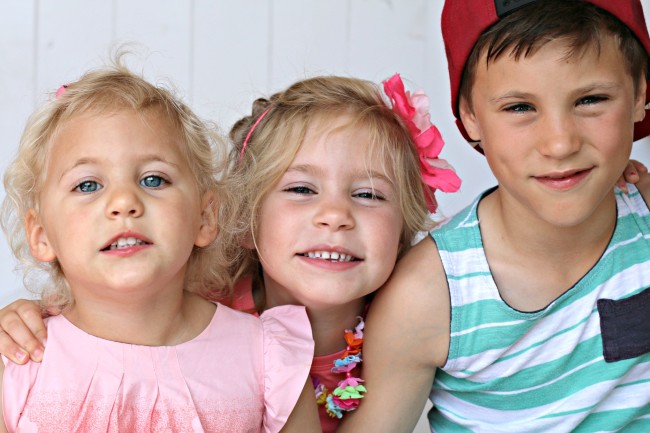 I came off my medication by myself after 12 months and have not looked back.  I now have three beautiful children and fortunately have never suffered from PND again.  I had a brief spell of Post Natal Anxiety after my third baby, but we recognised the signs immediately and it fortunately never developed into anything.  My approach to my second and third births were very different to the first and both Mr D and I were ready to tackle whatever came head on.

I now know that PND does not effect every person, nor does it effect every pregnancy and birth.  It does however, affect a LOT more women than you may realise and it is something that is completely out of their control.  The best advice I can offer is to seek help!  Do not suffer alone like I did.

My story has a very happy ending which I will be eternally grateful for, but I would love to offer my ‘ear’ to anyone out there who would like to talk.  The first step is always the hardest.

I can’t end without thanking Mr D and my family for their never failing support.  I love you all.

If you are reading this and think that you or your partner may be suffering from Post Natal Depression than please visit or call PANDA (http://www.panda.org.au/)on 1300 726306 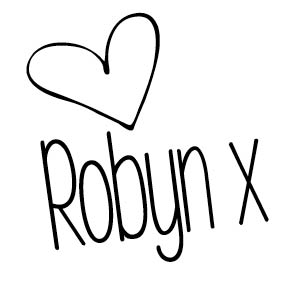 25 comments on “Postnatal Depression. My Story”