What is it about parenting or in particular, mothering, that gets some people so heated and to some extremes ‘over opinionated’ and judgemental?? 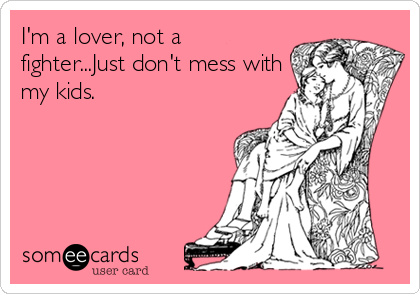 Master J showed me a tiny little sore on the back of his leg a couple of days ago and it looked like a small blister.  He wasn’t too bothered by it and it didn’t for a second occur to me that it could be a spider bite.  We’ve all been eaten alive by mosquito’s recently that I just thought it might be a slightly infected mozzie bite that he had maybe scratched the top off.

Tonight he came and showed it to us again saying that it was sore and starting to bother him.  We took a look at it and it had almost quadrupled in size, was very red and swollen and little ‘weepy’. Mr D took a picture and googled it and it looked almost certainly like white tailed spider bite. We’ve read as much as we could on google and although some of it looks pretty frightening, there is really not much you can do by means of treatment.  So we put a dressing on it, gave him some panadol and off he went to sleep.  Very un-distressed I might add.

Being a mum, I can’t help but worry (and feel bad that I didn’t diagnose it sooner), so I’ve decided to take him to the doctor tomorrow morning just to have it looked at and checked.  In the meantime, there is a local Facebook page that I belong to where you can post any kind of mummy related topics and then get advice and comments back from other mums.  I’ve used it many times before and always found it really friendly and helpful.  I decided to post about the bite as I wondered if anyone else had had any experience with it and what they did.  I just wanted some advice.  Being a non-Aussie I don’t know too much about spider bites and I wondered if there was something simple that I might have missed.  My post went something like this:

“My son has been bitten by a white tailed spider.  Any advice on what I should do?”

I was absolutely shocked to receive some really nasty and abusive comments!  I was honestly expecting some helpful advice.  Under no circumstances would I ever put my children at risk nor would I neglect them if they needed help and I find it amazing how some people can suggest just that from one sentence without even knowing me.

Anyway, without ranting any further, I think I am just really disappointed to have been so harshly judged as a mother by other mothers!!

Is there any need to mothers to judge each other so harshly?

3 comments on “Never judge a mother!”