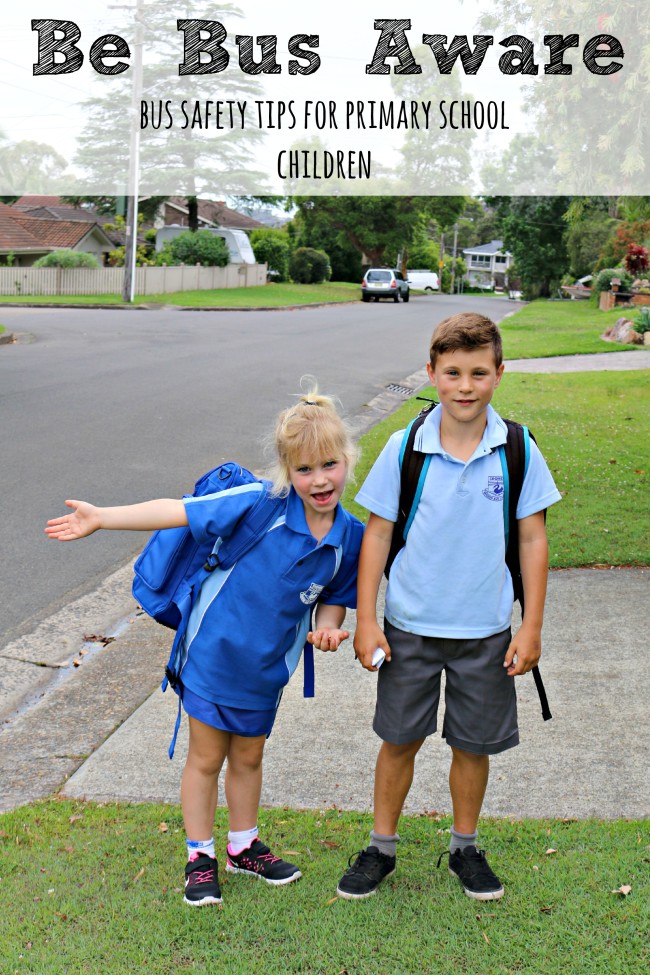 The kids new school has a bus service, and ever since the day they joined this term, they have been desperate to use it.  Well Josh has anyway, Hollie was a little more reserved to begin with.

I wasn’t ready for either of them to take the bus home as they’re still so young and I didn’t think I’d have to worry about bus plans until high school.  I kept promising them I’d look into it but I never actually did anything about it.

Josh decided to take matters into his own hands one day and when he met me outside Hollie’s classroom after school, he very matter of factly told me “Mum, I’m getting the bus, I’ll see you at home.”  I was like “but, but, but….do you know which one to get and how will you know when to get off??”  I didn’t even get a chance to worry as he ran off with a friend shouting over his shoulder “It’s fine Mum, I know where we live”, and just like that he was gone.  I grabbed Hollie and said to her “Come on chick, we have to rush so we can meet him at the bus stop and make sure he’s ok’.  We got there and waited and waited and waited and waited.  Panic was setting in as I started calculating where I would go to try and find him.

After about 20 minutes he appeared around the corner, happy as a lark.  I was frantic and yelled ‘where have you been, I’ve been worried sick?”  “It’s been over half an hour and your bus trip should have taken you 5 minutes”.  Being a 9 year, he clearly had very little sense of time, and wasn’t in the least bit worried.  He’d stopped at the park and had a bit of a kick around with his friend before heading home!!

That was when I decided we had better set some ground rules for this bus taking business and I had better get up to scratch with how it all worked.

Here are a few simple strategies to put in place if you have primary school kids that will be taking the bus to and from school.

It seems simple enough, but the pride and independence my two have gained since getting the bus home has been incredible.  We are lucky that the bus stop is only across the road from our house, but still, they are loving it – even little Hollie.

Do your children get the bus?

At what age would you be happy with them doing so?