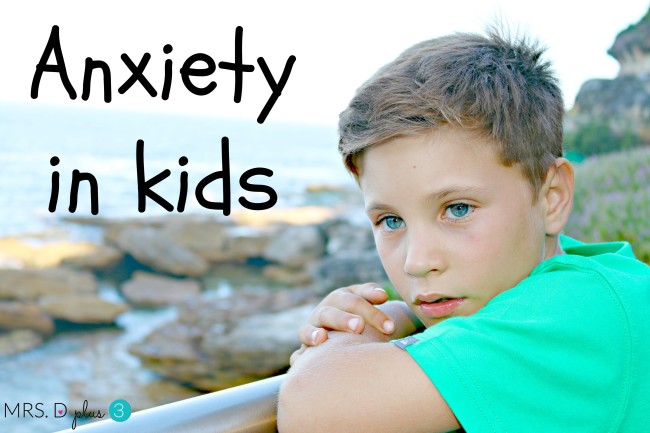 My 8 year old son has suffered from anxiety for as long as I can remember.  Only I didn’t recognise it as that until much more recently.  I am now slowly starting to gain the knowledge and tools I need to help him (and us) cope.

Sometimes it’s hard to believe that a kid like him can have anxiety.  He’s bubbly, confident and very sociable.  When it comes to sports and activities like skateboards and acrobatic tricks, he is pretty much fearless, and does some crazy stunts without even a second thought.  He’ll also stand up in class and present his speech with no problem at all, but have a complete melt down about the direction of wind before he goes for a surf or whether we’ll be 1 minute late for footy training.

It’s hard to admit sometimes but I used to see his anxiety ‘attacks’ as mis-behaving, especially as they would occur at the most random times and pretty much over nothing (or what I believed to be nothing). I used to get so frustrated and accuse him of being too old for tantrums!  If we were out in public when it happened I’d throw him ‘the look’.  You know that look that mums throw their kids that says ‘STOP whatever you’re doing right now, OR ELSE!”

Of course nothing I did helped and the behaviour continued.  We’d often bash heads him and I, and I would end up going to bed at night with a horrible mixture in my gut of mummy guilt and pure frustration.

As he’s got older I’ve noticed more of a pattern in his ‘episodes’ and started to do a little research into it. I’ve finally realised that he is not being a ‘pain in arse’, but is actually suffering from panic attacks.  I don’t still always know what will set him off as it changes all the time, and is often very random.  Some days it can be as simple as forgetting his hat.  Even though I will promise to drive home and get it and still be back before the school bell goes, he will still start to hyperventilate and ‘carry on’. Luckily I am now able to recognise this as a panic attack and can calm him down with some breathing techniques.  In the past I would have just got frustrated with him and we would have both ended up in a big fight.  He never used to be able to articulate the problem and I would just be thinking “Oh for goodness sake, it’s just a hat. Suck it up princess!”

I read a blog post a little while ago about techniques for treating children with anxiety issues and it was like someone had FINALLY given me all the answers I needed.  She suggests ways of explaining to children exactly what anxiety is and how is feels (both physically and emotionally), so that they not only understand why they are getting this feeling, but they learn to recognise when they are getting it too.  I went through these steps with Josh and I cannot recommend them enough.  I have noticed a huge different in him (and me).  He still gets anxiety and still over very random things, but we are both so much better at coping with it. Sometimes the episodes only last a few minutes now instead of hours or even days.

Did you know that anxiety in kids is more common than you think and 1 in 8 children will suffer from it.  It is also a very treatable condition.

Do you have a child that suffers from anxiety?

28 comments on “Anxiety in kids”