I went to a parent information evening the other night at school and one of the parents asked if the kids (who are in Year 4) will be learning sex eduction this year.  The teacher responded that sex eduction is not taught until Year 6.  I left feeling a little confused by this. Is teaching puberty and sex in Year 6 too late?  Research tells me that kids can head into puberty as young as 8 or 9 years old, so surely this is when it should be taught in schools?

The first time I spoke to my son about sex he was just 5.  This might seem really young but I was pregnant he was naturally curious.  He wanted to know how his sister got into my tummy and how she would be getting out?  I used a book by Babette Cole called ‘Mummy Laid an egg’ to explain it to him.  It’s quite a funny story, which you can read HERE.  It satisfied his curiosity at the time, and his teacher one day told me that he presented his findings to his Kindergarden class for news.  Oh how I would loved to have been a fly on the wall for that – the poor teacher!! 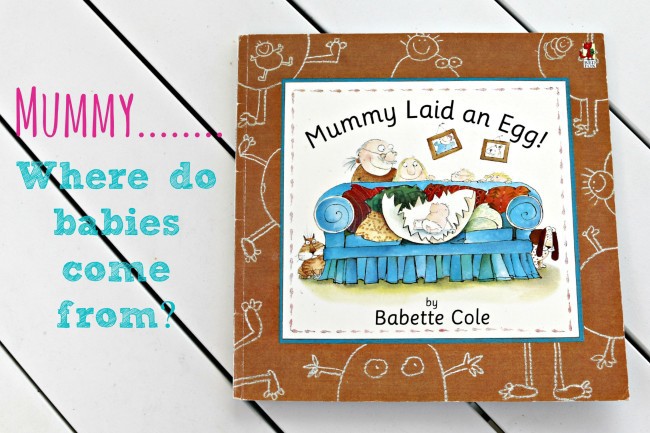 It obviously didn’t have too deep an impact on him as a few weeks ago he asked me about sex again.  Now that he is 9 I decided not to sugar coat it, and answered all his questions as directly and as honestly as I could.  He was slightly horrified by it all and told me is never going to have sex until he is 100 because it’s just gross!  I’m happy with that.  While we were on the subject I asked him what he knew about puberty.  He had a few theories but they were miles from the truth, so we covered that topic too.  I was surprised by how interested he was in learning about his body.  He hasn’t reached puberty yet, but I’m confident that he’s not going to be alarmed or embarrassed by it when the time comes.

If you’re yet to dive into these potentially awkward chats with your kids, I’ve put together a few things that might help.

1. RESEARCH THE FACTS
Although we’ve all been through puberty, for most of us it was a pretty long time ago! Brushing up on your knowledge about the physical and emotional changes your child is going to experience is a good place to start.  Google is a great help.  Understanding the different phases of puberty will also help you recognise when you child is reaching them, so you can help them to adjust.  Being one step ahead of them can really help to reduce any shock, anxiety or embarrassment they might feel.

Puberty 101 is a great article explaining all your need to know about puberty for both boys and girls.

2. PUBERTY
Puberty can bring about some HUGE changes for our pre-teens, both physically and emotionally.  It’s really important to make sure they understand that what they’re going through is totally normal.  It often helps to tell them about your own experience with it and how you felt.

3. RECOGNISE NORMAL PRIMARY SCHOOL BEHAVIOUR
It is perfectly normal for kids to start showing an interest in sexual issues and behaviours. These are a few things you can expect from primary school kids:

4. TALK ABOUT SEX WITH YOUR KIDS

Remember, the more open and honest you are with your kids on these topics, the more they will trust you with their feelings and experiences.  These types of discussions are on going so don’t feel like you have to get ‘the talk’ right the first time.

Do you have a child experiencing puberty?

Have you had the sex talk yet?

I’d love to know you thoughts.

12 comments on “A parents guide to puberty and sex education for school aged kids.”