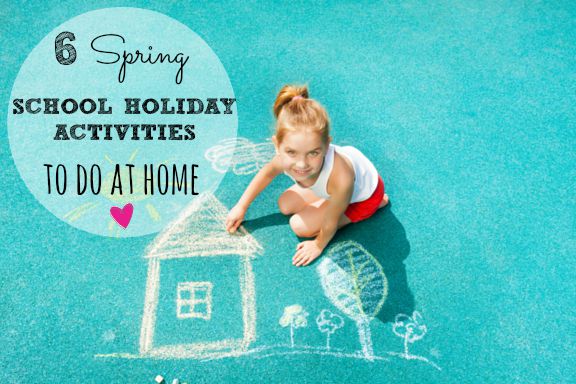 This post is sponsored by Child.com.au.  The online education superstore.

With the spring school holidays rapidly approaching, you’re either in two ‘mum camps’.  The first is breathing a sign of relief and thinking thank god there is going to be a great from lunch box making and crazy routines, and the other is starting to panic about the thought of having the kids at home all the time.  Desperately trying to think of ways to keep them entertained for 14 days.  So which one are you?

I kind of have one foot in each camp.  I’m very pleased to see the back of homework and mum’s taxi duty for the next two weeks, but I also know that after the first few days the sibling rivalry and boredom whinging are going to crank up a gear and drive me crazy!

Luckily spring has well and truly sprung and we can make the most of the great outdoors. There is nothing worse than being cooped up inside, especially for kids.  I’ve put together a great list of activities to do at home during the holidays with a little help from Child.com.au.

1. OUTSIDE CHALK
Sidewalk chalk is awesome, and with a little prompting of ideas the kids can have hours of fun with it.  All you need is some giant outdoor chalk, a driveway or sidewalk that is safe enough for the kids to play on.  A couple of games my kids love to play are hopscotch, and pretend houses.  They draw a great big house on the ground and decorate every room.  It usually end ups with half the toys from their bedroom in it, but I don’t mind as long as they’re having fun.  The best part is that you only have to get out the hose pipe to clean it all up and it’s one tidy-up session they never going complain about doing. 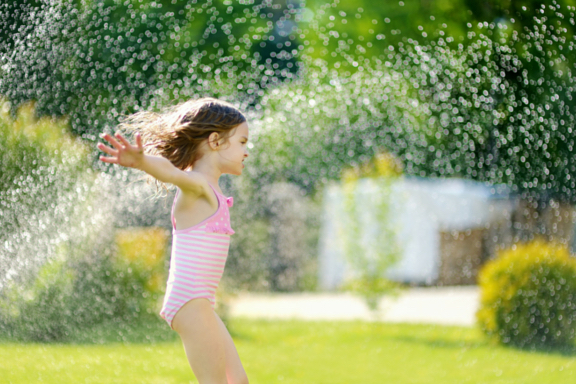 2. WATER PLAY
While we’re on the topic of water.  Spring is the perfect season to get outside and have some water fun, because it not too hot yet.  Turn the sprinkler on, get some buckets and spades or other water toys and let their imagination take over.  They could even made mud pies or build a water funnel.  My kids love putting the sprinkler underneath the trampoline and then jumping until they are soaked! 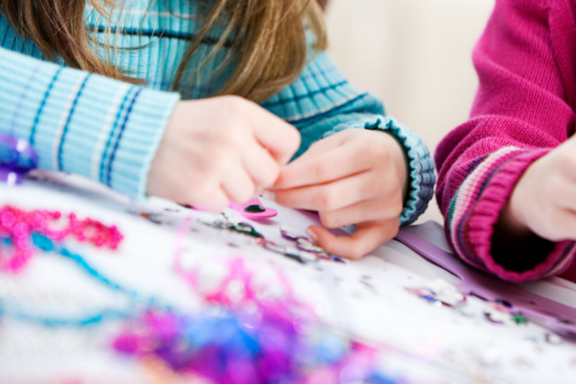 3. CRAFT
Sometimes it’s not always possible to get outside.  I have checked the weather for the holidays and in Sydney there are going to be a few rainy days unfortunately.  Other than going to the movies, (which we always save for the school holidays), craft is the perfect option.  There are just so many things they can make and create. I would suggest asking the kids if there is anything in particular that they would really like to create and then make sure you get all the bits and bobs you need well in advance, so you’re not caught off guard.  My Hollie wants to turn a huge cardboard box we have left over from a delivery into a castle and she also wants to do some bead work.  Lexi-Rose wants to paint a ladybird with glitter and add goggly eyes, and Josh want to make some DIY walkie talkies.  Luckily child.com.au have everything I need to buy in one place and by ordering this week, I’ll have it all ready for the holidays. 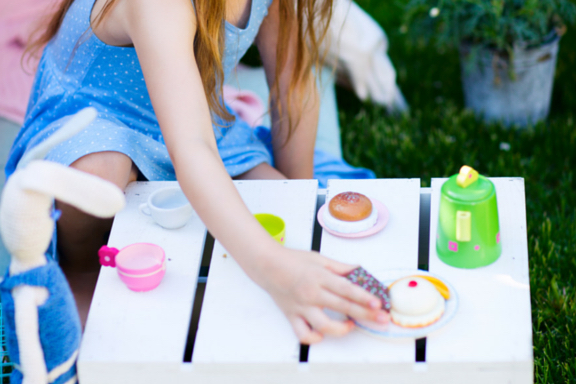 4.  A LEMONADE OR CAKE STALL
For some reason kids just love to play shops.  Hollie has been begging me for I don’t even know how long to help her make lemonade for a lemonade stand.  It’s great for the kids imagination (and for their maths skills) to have a little shop at the end of the driveway.  You could also bake some cupcakes with them to sell, as well as pick some flowers from the garden.  Just don’t forget to ring a few neighbours and friends to ‘pop over’ so that the kids get some real customers.  If you’re not up for all that baking and making, they could still have a shop but just with ‘pretend things’ in it.

5. DRESS UPS
Let’s face it, kids just love dressing up.  Even though Josh is boarder-line too old for it at almost 9, he still occasionally likes to get involved.  His latest is to dress up in camouflage and build forts in the garden with the neighbours’ boys.  Child.com.au have a really fantastic range of dress up and role play items on their website. 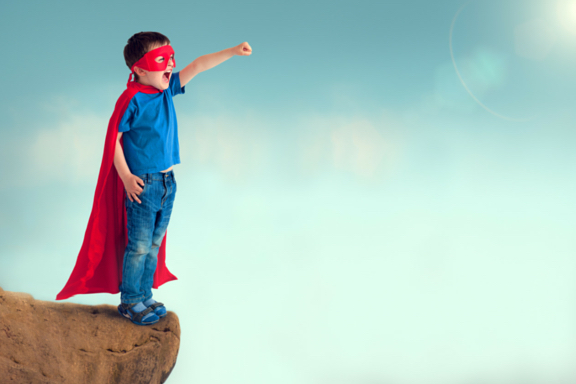 6.  A CONCERT OR PUPPET SHOW
Kids love putting on shows.  My girls are very into ‘dance’ shows at them moment and Hollie loves to boss Lexi-Rose around and tell you what she has to do.  If you’re organised enough you could get them to make their own props and tickets as well as ‘rehearse’ for the show. That way you could keep them entertained for at least a good few hours, if not days.  Puppet shows is another great game for kids to play.

I hope that’s given you a few ideas to keep the kids busy.  If you’re going away these holidays, then travel safe and have a wonderful time.  If you’re just at home like me, then may the force be with you.